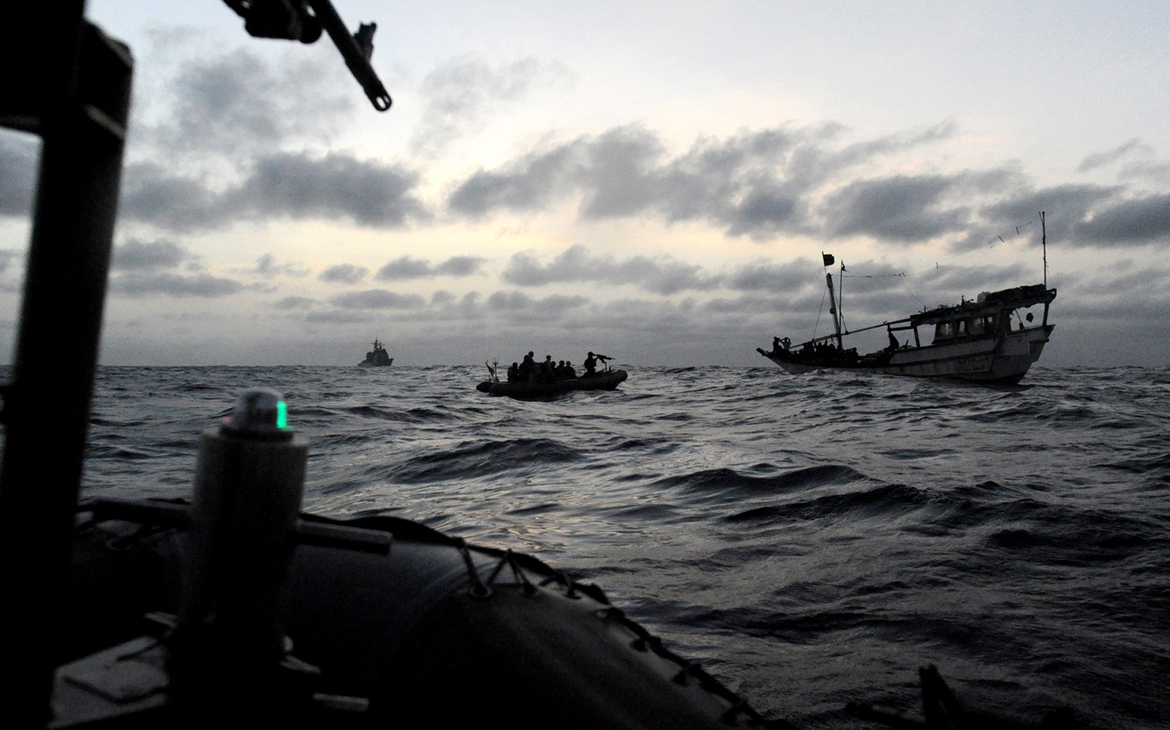 4 April 2008 – The news is shattering. Le Ponant, a 90 metre French luxury sailing yacht, has been captured and is being held hostage off the coast of Somalia by men dressed in rags and toting Kalashnikovs. The armed men took the three-masted cruise ship by surprise, pulling alongside in tiny fishing boats and taking control of the bridge within moments. France was stunned. The President of the Republic responded swiftly, mobilising the armed forces. Within a matter of days a large-scale military operation was underway involving four warships, helicopters and the French Special Forces. The affair made headline news around the world: Piracy was back.

And this was just the beginning. On 2 September 2008, the pirates struck again, this time taking a French couple cruising their 15-metre yacht, Carré d’As IV. The French Special Forces intervened and freed the couple two weeks later. 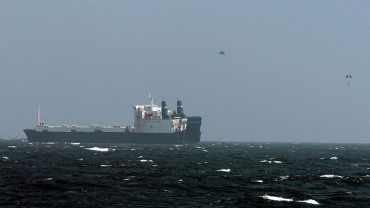 Less than 10 days later, Faina, a Belize-flagged 152-metre cargo ship operated by a Ukrainian company, fell victim, was boarded and its crew brutally captured by the pirates. In the hold of the giant merchant ship the pirates found 33 Soviet tanks, crates of anti-tank and anti-aircraft rockets and ammunition – an arsenal officially headed for Mombasa, Kenya, but in reality, destined for South Sudan. Faina was ransomed for what was estimated at several tens of millions of US Dollars. 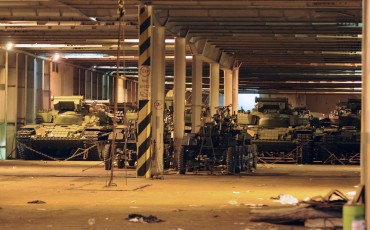 November 2008, less than a month later, ‘Somali pirates’ hijacked Sirius Star, a supertanker from Saudi Arabia carrying approximately 300,000 tonnes of crude oil. It was ransomed for several million US Dollars.

Western Heads of State were unanimous: “It is in the public interest to prevent the proliferation of piracy in the Indian Ocean. We must at all costs protect our sailors and our ships from pirate attack. National interests are at stake!”

Piracy was eradicated in the 19th century and was considered dealt with bar a few isolated attacks on merchant ships in far-flung Asian archipelagos, recorded by specialists in the field. Today, it is back with a bang and indiscriminately seizing all vessels – merchant, fishing, cruising or private – and all nationalities off the Horn of Africa. If we heed our leaders, it is an out-and-out declaration of war against the western world and its trading system.

Politicians and maritime experts swiftly identified the perpetrators of these ‘monstrous crimes’ as “Somali criminal groups banded together in despair at the breakdown of their country since 1991” who capture western ships transiting back and forth between Europe and Asia. The Somali coast, ‘infested with small villages of pirates’, is described as a nest bed of criminals willing to risk their lives at sea to rob the West. The story seems preconceived, but that would be missing the point.

When questioned during their respective trials in Europe and the United States, the ‘Somali pirates’ frequently admit that they commit these crimes because of famine, poverty at home and the breakdown of their country’s institutions. But their story does not end there. These men also tell of huge western fishing boats plundering their fishing grounds with impunity. Local fishermen have been known to go offshore and never to return. Others go as far to say that powerful nations have been profiting from the absence of governance in the region for decades using the area off the coast of Somali to sink their toxic waste – evidenced years later by the appearance of strange drums washing up on the beaches after big storms and tsunamis.

Leaving the traditional clichés of piracy behind, the modern practice is deeply intriguing. Understanding the root causes of today’s piracy, its armed struggle and the immense economic system that has slowly and silently woven around the media-hyped phenomenon is what motivated the OCEAN71 Magazine team to investigate the subject. 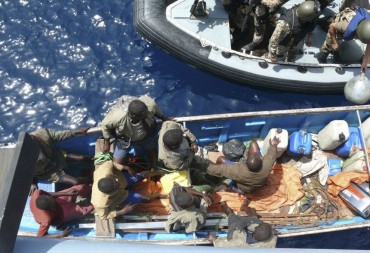 You will find our discoveries surprising, our information is indirectly connected to piracy and previously unrevealed to the general public, but will allow our readers to connect the dots and gain a better understanding of the bigger picture.

OCEAN71 Magazine investigated the highly lucrative Yellowfin tuna fishing industry in the Indian Ocean – yes the small tin stocked in every supermarket the world over, one of the most nutritious food sources on the planet… We also looked at shipping, one of the cornerstones of the western economy and at our management of toxic waste. Finally we investigated the armed struggle – both official and unofficial – that is supposed to be eliminating piracy from the high seas; an eventuality that we found to be highly unlikely. What is presented as a modern scourge has in fact become a very lucrative business; it is creating jobs, generating large amounts of money and benefiting people at every level, except the consumer.

As we progressed, we discovered a multitude of shades of grey – absolutely nothing was black and white. The pirates are not necessarily the ‘baddies’ that we are presented with and the ‘goodies’ are not those that we would immediately identify.

For months, our governments have been congratulating themselves on the almost total annihilation of ‘Somali’ piracy in the Indian Ocean, but are they right? Who are the witnesses of this silent war that is being fought in total secrecy on the high seas? 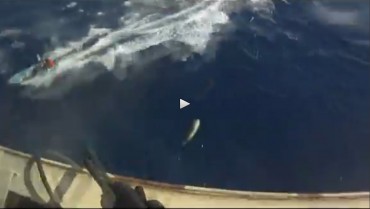 We invite you to read on to discover Chloé Lemaçon’s unique testimony. Chloé was taken hostage along with her husband, son and friends when their sailing boat Tanit was boarded outside of the Somali pirate danger zone. At least that is what they thought…

It is a tragic story as Florent Lemaçon died during the assault led by the French Special Forces. Chloé’s testimony takes us to the very heart of the issue of modern piracy: our society and its many contradictions.