OCEAN 71 Magazine is an independent digital publication. Our team of specialised investigative journalists write general interest stories about the marine environment, which makes up 71% of our planet

1. The sea, the last frontier?

71% of the Earth is covered by sea water. Our seas and oceans play such an important role that we live on the “Blue Planet”. Nonetheless, it is still a deeply misunderstood place: we often limit this marine world to its surface while the underwater remains unknown, mysterious and unsettling to most of us.
The UNESCO recently estimated that less than 10% of all the species that live in the oceans have been documented. Also, there are more cultural artefacts buried at the bottom of the seas than in all of the existing museums combined. Globally, man has explored 5% of the underwater world.

This observation motivated the creation of this magazine, and we believe that the people working for it should be reporters, sailors, divers, technicians, biologists and historians amongst other things. It is the minimum required to explore, study, document and explain this complex and hard to reach world.
The crew of OCEAN71 Magazine can do it all: organize sailing expeditions, develop the tools for the appropriate media, write, photograph or film the story, and finally and publish it.

This blue world, we have been exploring it and publishing stories about it since 2013. To function, we based our business model on something that is commonly used in the media industry: pad subscriptions. We thank the people that trusted us and subscribed to the magazine all these years in order to have access to the complete and original stories.
After three years, we have come to the conclusion that this model is not adapted to our mission. In an ever changing world, the actors must evolve or risk to disappear. The fact is that our stories have always had a lot of success with our audience, but the revenues generated from the business model were largely insufficient.
Along the way, we have nonetheless understood a crucial element: the content of our work is unique. We document discoveries such as species of animals, plants and micro-organisms along with historical and archaeological ruins that can sometimes shake the available knowledge. This universal information has to remain in the public domain.
This realization has motivated our decision to unlock the access to all of our published story. Every file and article in the OCEAN71 Magazine will henceforth be available to everybody, everywhere, in English and in French.

4. A media supported by a public utility foundation

In order to attain our universally free access objective, our media needed to revise its business model. Julien Pfyffer, founder and sole owner of OCEAN71 Magazine, along with the whole crew, decided to launch the OCTOPUS Foundation (octopusfoundation.org).
Recognized as a public utility and non-profit organization, the OCTOPUS Foundation’s main objective is to select and support scientific projects dedicated to the exploration, research and study of the marine world. The Foundation will focus on marine biology and underwater archaeology.
In practice, the OCTOPUS Foundation will select or initiate a project that studies the marine world, and will support it financially, logistically and technologically. The ultimate goal is to broadcast to the largest public possible the discoveries made in our seas and oceans. To achieve this, the OCTOPUS Foundation will rely on the OCEAN71 Magazine and its crew for the operational part of every project. Our magazine will hence which media is most appropriate to inform the public.

For each selected project, the OCTOPUS Foundation will directly allocate funds to the scientific research. An additional budget will be allocated to the OCEAN71 Magazine so that it can take care of the broadcasting where it sees fit: the internet, the television, in a book or in a comic book, or even in a museum or conference for example.
This is the first stage. In order to help us bring this formidable tool to the largest public possible, we put out a call to whoever is inspired by this adventure and wishes to financially contribute. Anybody can help within their means, and together we can assure the success of the OCTOPUS Foundation’s missions of exploration, study and transmission.

Complete transparency is mandatory if the OCTOPUS Foundation wishes to keep its public utility status. Each year the Foundation will produce the list of all of its donators, the origin of the donations and a detailed explanation of the use of the funds.
OCEAN71 Magazine will keep a precise accounting for each and every project. The Foundation’s accounting will be submitted to the Swiss fiscal authorities.
The profit made through the commercialization of certain media such as books or documentaries will be wholly transferred to the OCTOPUS Foundation in order to support further projects.

Our philosophy appeals to you and you wish to help us reach our objectives? It can’t be easier; you can donate directly on the OCTOPUS Foundation’s website.
We wish you pleasant discoveries and excellent readings.
The OCEAN71 Magazine’s team 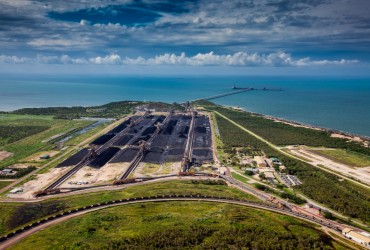 The Great Barrier Reef in Australia is known as one of Earth’s greatest natural wonders. Despite its size, its very existence is threatened by environmental, touristic, industrial and commercial aggressions. Will we allow its beauty to become a mere memory ? OCEAN71 Magazine investigates.