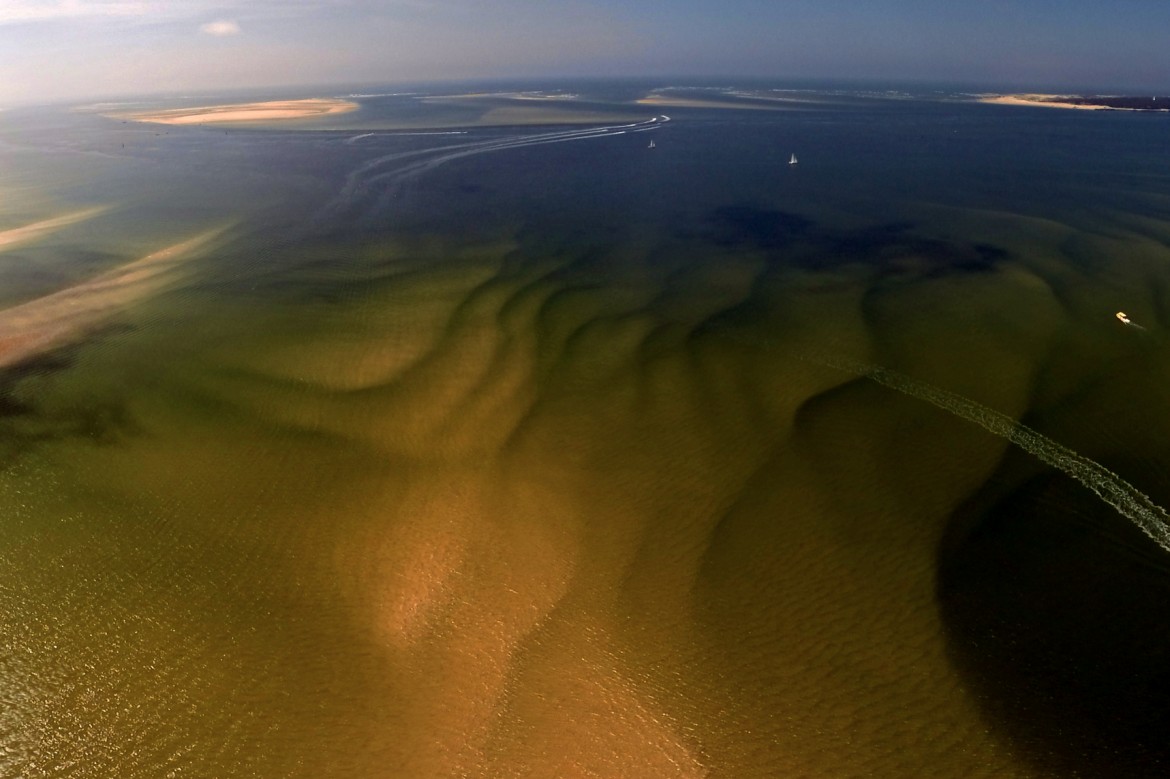 The entrance passes to the Arcachon Bay have the reputation to be treacherous. The dangerous sandbanks shift with every storm and strong tide. OCEAN71 Magazine proposes a unique navigational experience: a series of virtual visits with a 360° view from above, allowing the subscriber to visualize some of the many low tide traps.

In the sailing world, it is common knowledge that the passes leading into the Arcachon Bay remain very treacherous. Some experienced navigators agree on saying that it is still today one of Europe’s most complex navigation areas.

The reason for this is simple: the sandbanks that block the entrance to the bay tend to shift dramatically with each winter storm and strong tidal current. It is almost impossible to keep the mapping of this zone up to date, with all these obstacles that refuse to stand still. No matter how precise and recent the GPS is, the problem comes from the map itself.

In bad weather conditions, it is not rare for the waves to transform this passage into a wild battlefield. Any boat that gets caught in this trap during a storm can be in very serious trouble.

It gets to the point where many skippers decide to simply avoid the zone, even when the conditions seem ideal. The fear of getting stranded in this maze or getting caught by a bad wave is too great for them. As a result, most of the sailing boats in transit in the area keep a safe distance with the Bay, even though it offers the only shelter between Royan and Bayonne (145 nautical miles of beaches).

The crew of OCEAN71 Magazine decided to use several of its marine technical equipment, and create virtual views of some of the sandbanks that are in the passes. That way, our subscribers will be able to visualise at a certain date the ever changing landscape.

Warning: this tool is merely a navigational assistance. These virtual visits must in no way be used as maps. That said, and considering the lack of precision in the documents available to sailors, it seems interesting to provide an additional support. 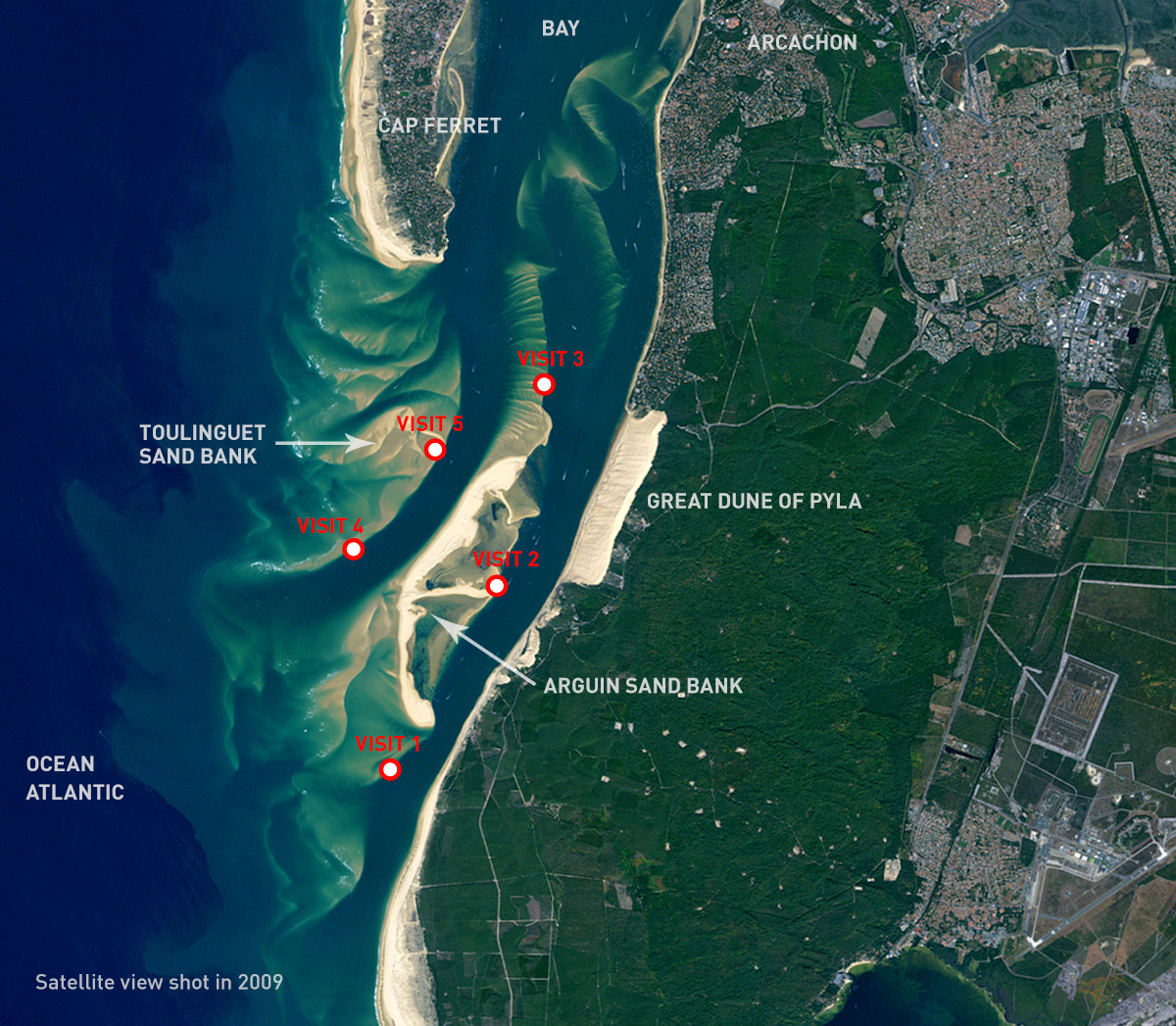 Click on the red dots to access the corresponding virtual visit. Once in, click and move the cursor to navigate within the 360° view. On a smartphone or a tablet, use your finger to navigate, or simply move around you the mobile device. Welcome into the virtual reality.

We chose this specific day and time because the tide was extremely low, and therefore the sandbanks were clearly observable. For those who are not familiar with these terms, the tidal coefficient is set between 20 and 120. Twenty being the lowest coefficient, meaning an almost indistinguishable water level difference between high and low tide. On the opposite, the closer the coefficient gets to 120, the higher the variations and the consequences. Friday the 18th of April, the coefficient was of 93, close to perfect for our experiment.

Back at the office and analysing the images, we noticed several facts worth mentioning: Firstly, the “Southern pass” (situated between the great dune of Pyla and the Arguin bank) is clearly closing. Secondly, the “Western pass” (the only one that is really open and marked with the official buoys) is slowly shifting towards the south. Finally, north of the Toulinguet bank, it seems that an old “Northern pass” is beginning to open up again. It will be interesting to follow its evolution in 2015.

In the meantime, we wish you safe and enjoyable sailing trips.