The warming of the Earth’s average temperature is no longer a secret, and it is scientifically established that the poles are the globe’s regions that are the most affected.

For the first time since satellite measurements exist, the northern hemisphere’s summer of 2007 saw the ice sheet melt so much that “regular” boats were able to navigate a route north of Russia that they aren’t supposed to: The Northern Sea Route. 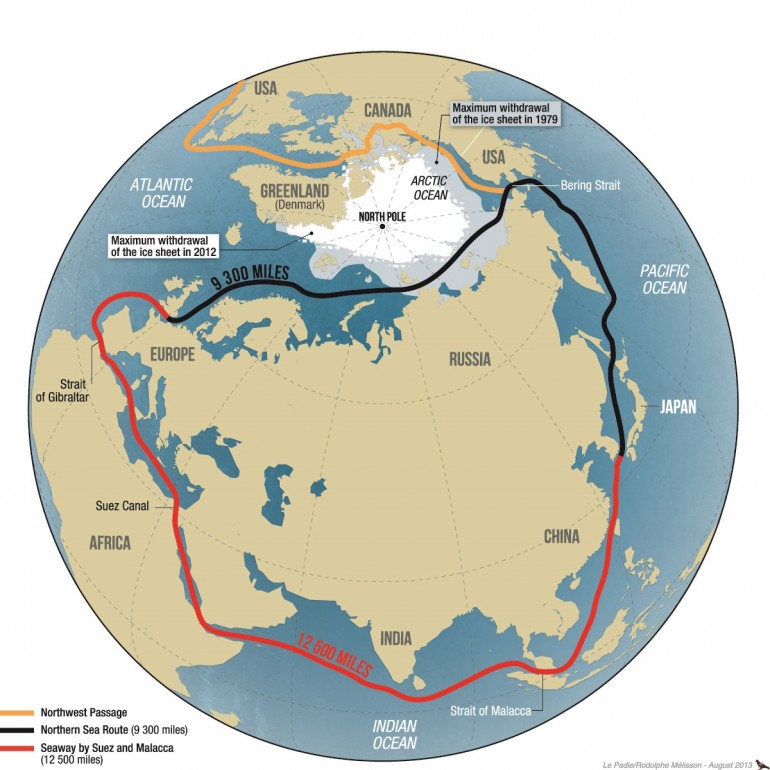 Normally, only an icebreaker can proceed in such a place. The only solution for a normal boat is to follow the path of an ice resistant vessel that is able to secure the way, a service that is provided, amongst others, by Russians.

The record breaking heat of 2007 allowed us to foresee what the future of the sea traffic between Europe and East Asia is awaiting. Indeed, the Norwegian Maritime Authority calculated that an economy of time of no less than 40% can be expected for a ship departing Rotterdam and heading to Yokohama while going through the Bering Strait instead of the Suez Canal. It is also interesting to avoid the piracy threat of the Indian Ocean.

This trend is unlikely to reverse: according to the latest studies, the summer of 2012 broke the 2007 record …

The forecast is predictable. With such savings of time and money, the traffic through the north is bound to increase year after year. Still according to the Norwegian Maritime Authority, 11 vessels proceeded through the Northern Sea Route in 2010, and this number grew to 40 vessels in 2011. With an ever growing number of boats in these waters, many questions are being raised.

Indeed, these isolated and inhospitable areas don’t offer many ports to find shelter, navigational assistance is limited and search and rescue teams have to travel long distances. Not to mention the increased risk of oils spills that could have very serious consequences in these ecologically sensitive areas.

Another troubling effect of this global warming is the possibility to discover potential oil and gas reserves that were inaccessible with cooler temperatures. This new black gold rush in the north is the promise of colossal fortunes for more than one businessman. Unfortunately, these reserves that are destined to be burnt around the globe will only accelerate the climate changes …. and of course the melting of the ice sheets. 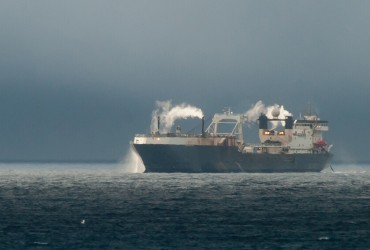 The Antarctic krill is the largest biomass on earth. For most of the animals living on the white continent, krill is a key prey item. But for the past five years, new hunters have appeared. A dozen of factory fishing vessels travel to the far side of the planet to quietly capture what could become one day a gold mine.