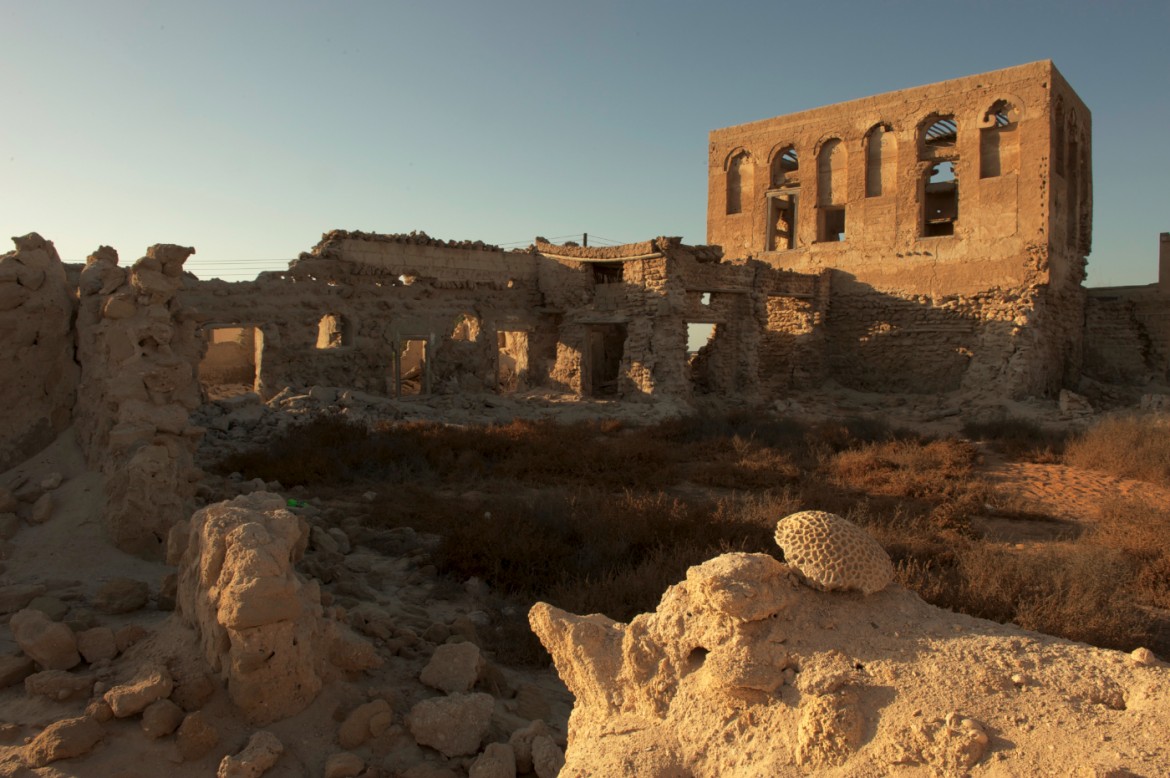 The United Arab Emirates is well known for its passion for extravagant skyscrapers and constructions, its exuberance and its financial power thanks to oil and gas. The emirs even try to conceal their history of relatively poor nomadic tribes. Along the coast, we managed to find one of the last old villages of fishermen, abandoned. It is said to be haunted…

The forgotten past of the Emirates

The United Arab Emirates (UAE) is well known for its passion for extravagant skyscrapers and constructions, its exuberance and its financial power thanks to oil and gas. But what about its past? What do we actually know about this region before the black gold transformed these men into extremely wealthy people? 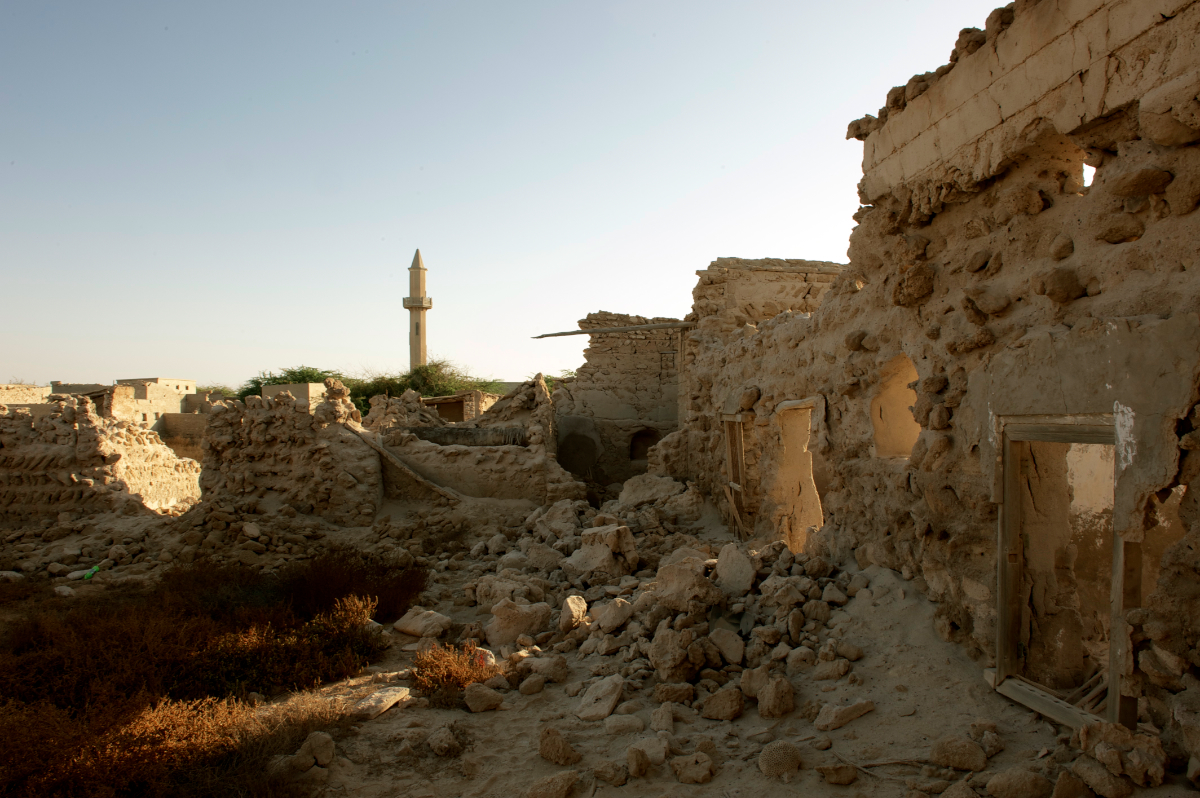 Despite efforts to conceal their nomadic tribes’ history, it is still possible to find faint traces of their former and not too distant past. During one of our investigations in the Emirates, a local contact mentioned an abandoned coastal village. Nobody ever goes there anymore. This place is supposed to be haunted by evil spirits: the djinns.

It didn’t take us long to find this unique place. The abandoned village’s name is Jazira Al Hamra, “The Red Island”. It is situated in Ras El Khaïmah Emirate, only 70 kilometers north of Dubaï.

Getting off the brand new highway, we end up on a dusty road surrounded by wild bushes. This corrugated road leads to a ghost town, forgotten between sand and sea. As far as the eye can see, hundreds of abandoned houses are lined up, most of them in ruins. Getting closer, we quickly notice coral blocs, parts of the foundations of the building walls. 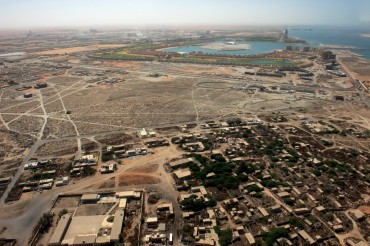 We are at the heart of one of the oldest villages in the Persian gulf. According to the writings, this settlement was founded in the 14th century. Back then, the village was actually situated on an island which sand has the particularity to be reddish. The inhabitants are part of the Zaabi tribe. They lived on fishing, and pearl hunting.

At the time, the people of Jazira Al Hamra were the guardians of the only important town in the area, then known as “Julfar”. It was the capital of the old Ras El Khaïmah. The members of the Zaabi tribe fought against the Portuguese and later the English. Good sailors, they were reputed for their striking attacks on foreign vessels.

Centuries passed by, and pearl trading started to decrease. With the discovery of oil and its 20th century exploitation came great tensions in the area, especially between the people of Jazira Al Hamra and the Ras El Khaïmah Emirate. In 1968, three years before the independence of the United Arab Emirates, it got to the point where the population had to swiftly abandon their village and found themselves sheltered by the emir of the powerful neighbour: Abou Dabi.

In 1972, Ras el Khaïmah became the 7th and last Emirate to join the federal state that we know today.

Since then, the small fishing village has been all but forgotten. But Jazira Al Hamra has never been demolished or rehabilitated. The houses stayed as if suspended in time for the past 40 years. 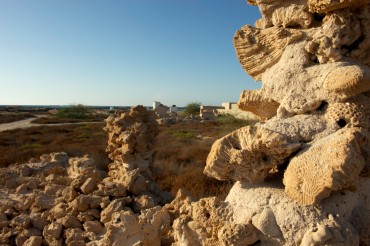 What is interesting is that locals never visit the place. Legends relate spooky apparitions and night-time screams. Djinns, the powerful spirits, are said to reside in the area. Some say that it is the inhabitants themselves who started these stories to deter whoever would have the idea to come and live in this village or demolish it.

As to this day, the descendants of the Zaabi are still the rightful owners of the land. This is a problem for the emir of Ras El Khaïmah who has invested a fortune in the development of gigantic building complexes, wanting to modernise his state following the example of Dubaï, his exuberant neighbour.

In the West, the emir has erected the Al Hamra complex, composed of luxurious villas, a colossal palace, several golf courses… One of his extravagant projects was to create Al Marjan Island, an atoll built in the sea just like Dubaï’s, with one of the island shaped just like the Real Madrid’s logo…

In the East, the development isn’t less hurried. Mini al Arab is an immense private village composed of several island connected to one another by canals imitating Venice.

In the centre of this explosion of luxury, the remaining of Jazira Al Hamra’s old village withstands the assaults of the wind and the sand. How long will it resist the building projects and the bulldozers? 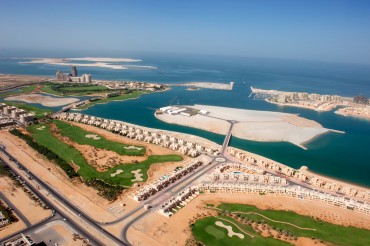 It seems that things are evolving. Renovation projects are being thought of with the idea of giving back its history to the village. The plan, essentially funded by the emir of Abou Dabi, is to create a village so that tourists will discover for the first time the region’s ancient traditions. Modern technology and cars would even be banned from the place…

Is it possible that the citizens of the Emirates see in their past a way for the future closer to the human scale? The answer will come from the local people who will be able to judge if the village remains authentic or if it will have been transformed into a One Thousand and One Nights theme park… # 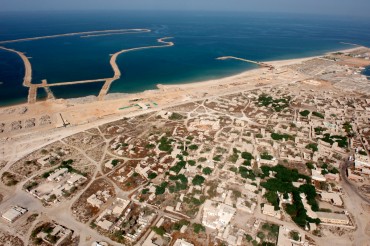 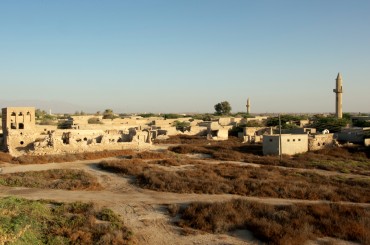 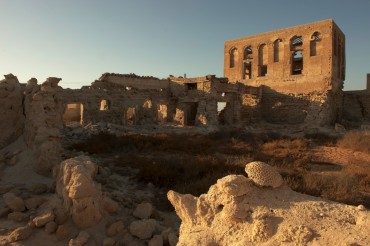 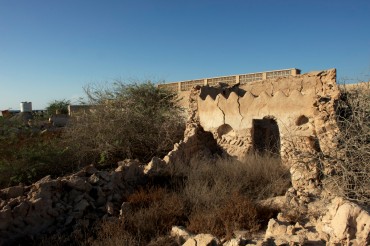 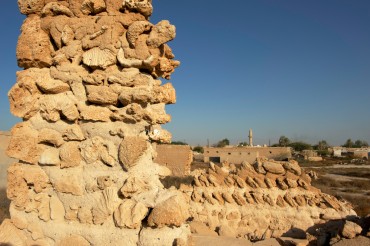 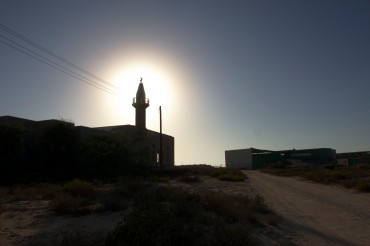 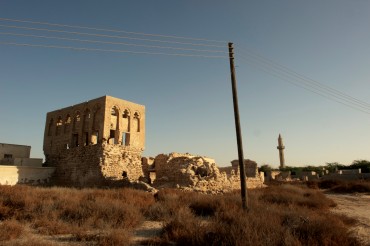 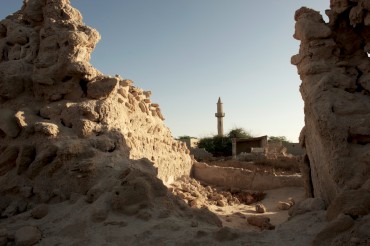 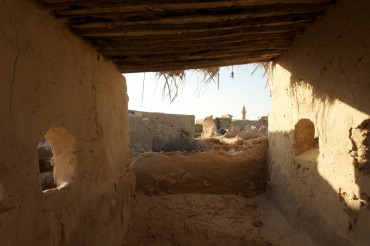 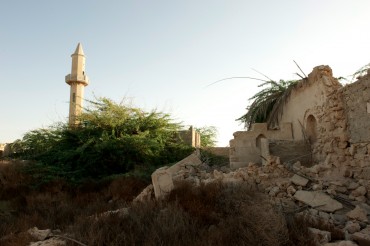 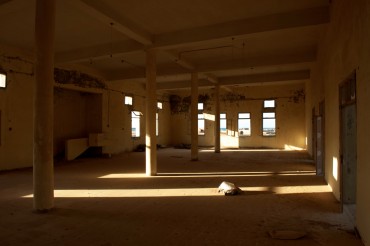 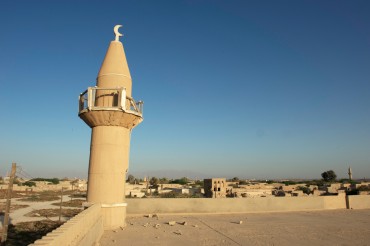 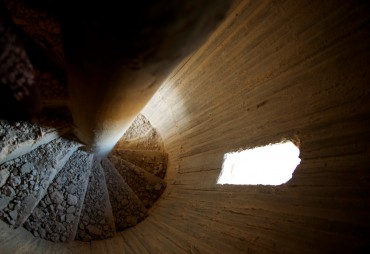