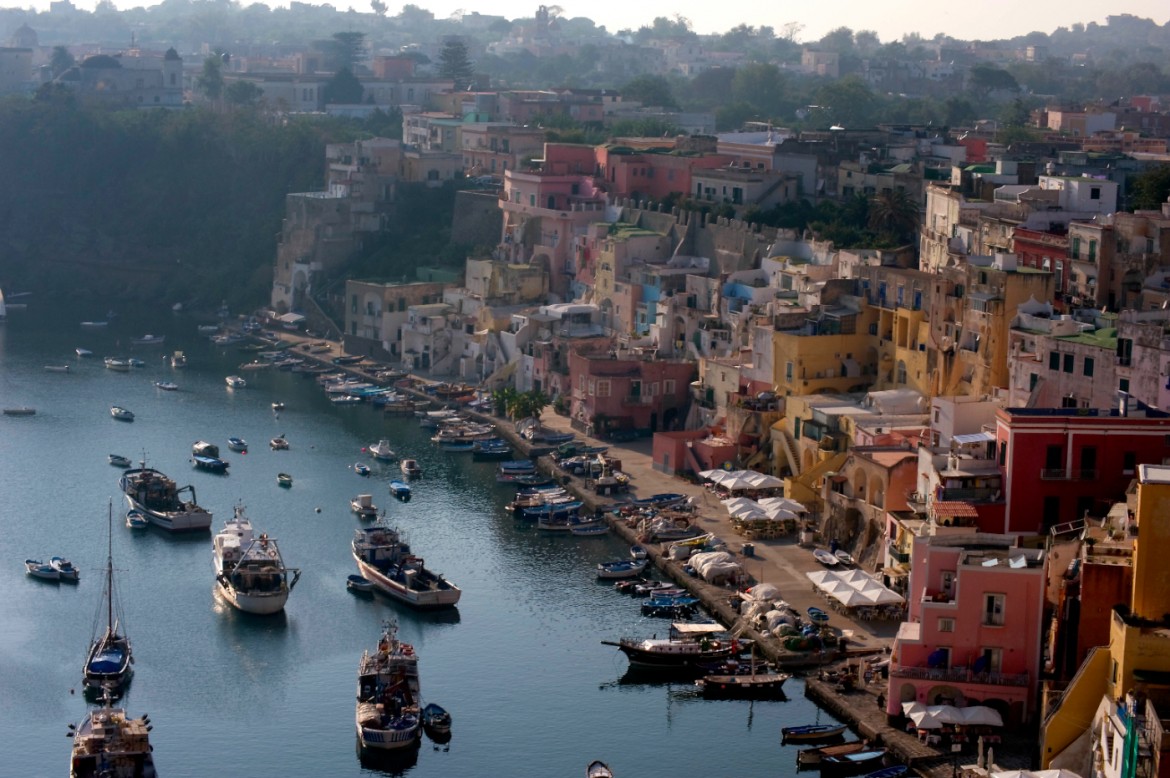 The island’s golden maritime past with dozens of merchant sailing ships lined up along the dock has long since faded, although some remnants still remain. One of these is the Instituto Nautico, an imposing white building that stands among the houses of the old port. Founded in 1788, this nautical school is globally reputed for producing the country’s best captains, sailors and shipwrights. In the 19th century, the little island’s fleet was the largest in the country, matched only by that of Genoa, and its ships sailed as far afield as South America to sell guano and Asia to buy silk. The pride lives on, only the boats and the merchandise have changed. Most Procida families number at least one or two cargo ship, oil tanker or cruise ship captains and with salaries averaging €10,000 a month, the families left behind on the island are well provided for. 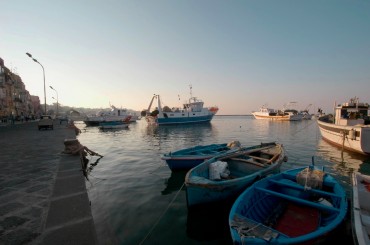 Those mariners that don’t leave the island become involved in fishing, Procida’s other traditional trade. Every day at 15:00 on the dot, half a dozen trawlers return to the harbour after a night’s fishing with their holds full of fish for market. The trawlers line up along the harbour and all the fishmongers open their hatches at the same time to offload their catch with the help of residents: octopus, sardines, prawns, mullet and bass spill out. No sooner do the fish come ashore than the restaurant owners scoop them up, many still alive, to take them off to the family-run restaurant kitchens!

An hour later two flat-bottomed boats, orange in colour, nose into the harbour. These carry an entirely different cargo; they are rubbish collectors that do the rounds of the island every day collecting bottles and plastic bags and any other trash that drifts over from Naples. “These boats are financed by the Italian Ministry for Ecology,” explained Fabrizio Borgogna, former mayor of the island, during a break from picking up rubbish off one of the island’s beaches alongside a small group of volunteers. “It is very important to protect out beaches even though nothing is very easy in our region where pollution is concerned.” A thinly veiled allusion to the recent garbage scandal that rocked the region and saw local authorities confess that rubbish collection, storage and processing was in the hands of the mafia who often chose to dump it out at sea rather than recycle. 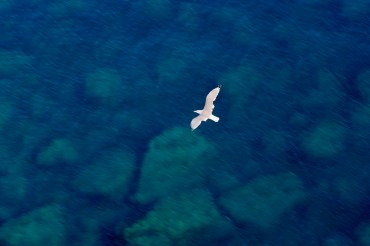 A few years ago, in an attempt to escape ecological disaster, Procida and Ischia linked their waters to create a marine nature reserve called Regno di Nettuno. This respect for the environment and pursuit of sustainability reflects the island’s most ancient traditions. According to Greek mythology the nymph “Prochyta” emerged from the sea… In reality the nymph was more of a volcano that rose up, providing an important and coveted trading post in ancient times. Ships and galleons through history travelled to the island for fruit and vegetables and Procida’s lemons are famous all over Italy. This citrus fruit thrives on the island’s volcanic soil and can swell up to a kilogramme in weight. The zest is very thick and extremely sweet and is used to make Limoncello. “We produce up to 30,000 kg per year,” said Francesco Lubrano, owner of one of the six largest farms on the island. “In ancient times you would find our lemons on ships all over the Mediterranean as they protected the sailors from scurvy.”

Procida has managed the incredible feat of self-subsistence. The island has not needed hotel chains or tour guides to find its way. It has achieved what many strive for: harmonious sustainable development.