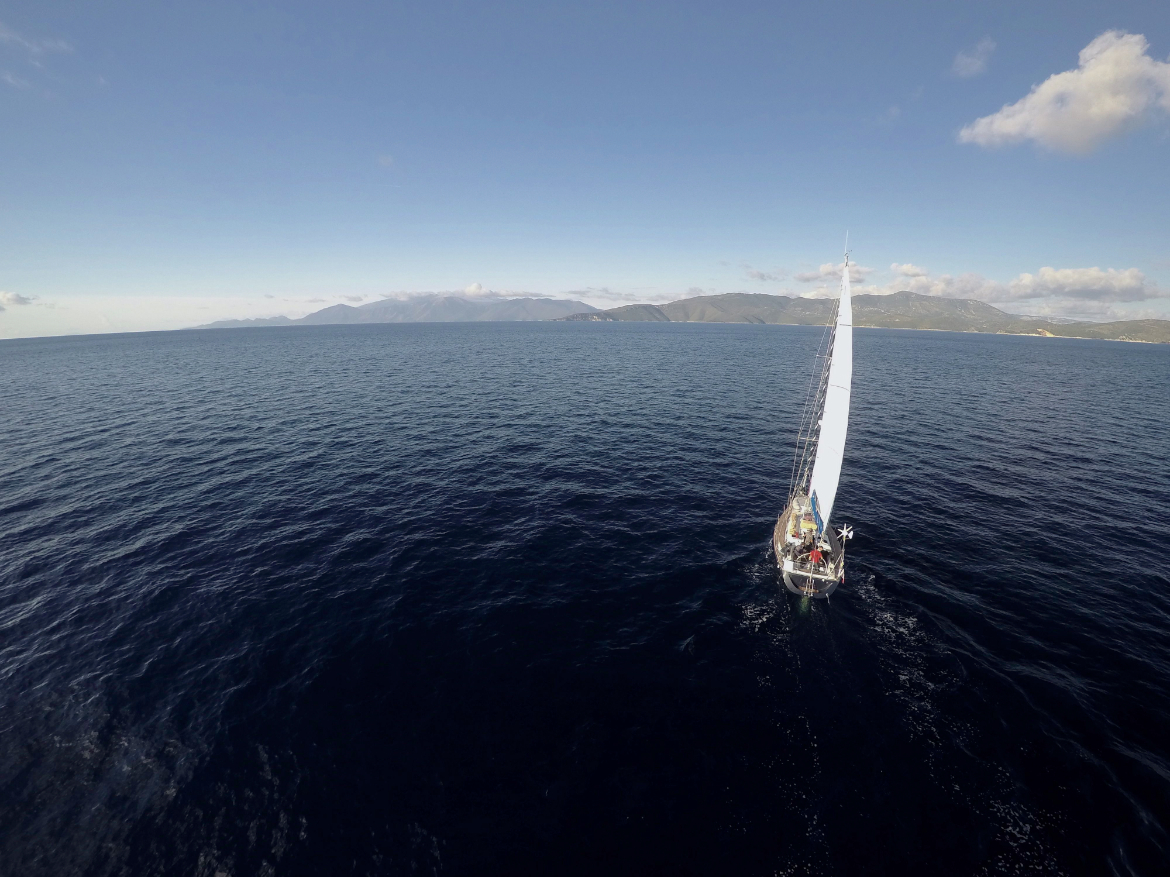 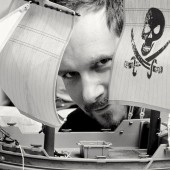 Mycenaeans at the museum

When we picture legendary heroes such as Odysseus, Hector, Achilles or Agamemnon, they appear in our minds as classic Greek warriors. Armed with a long spear, head and nose protected by a Corinthian helmet with a colourful crest, their strong muscles tightly shielded in their plastron… Clichés that Hollywood has perpetuated for years. A very good example is the movie Troy by Wolfgang Petersen released in 2004. As usual when filming a piece of history, the movie industry is guilty of perpetrating major historic shortcuts. 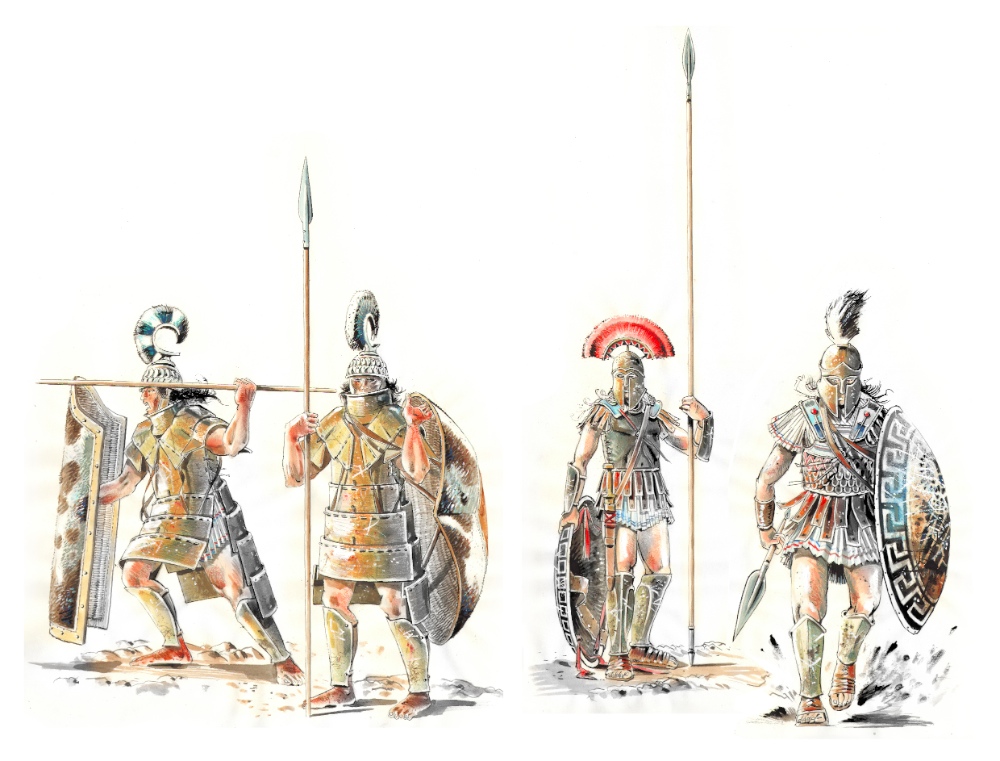 In truth, heroes of the Iliad and the Odyssey protected themselves with very heavy steal armours that made them look like big tin cans, and their helmets were often made with boar’s long teeth. Unfortunately for the fans, the Mycenaean civilization that saw the war of Troy and Odysseus’ long travel back to Ithaca had pretty much nothing in common with the Classical Greek period.

To get a better understanding of the reality behind the myth, we decided to head to Athens’ main archaeological museum and meet with our contact, «Clio». Like many historians and archaeologists we talked to on this mission, she insisted we didn’t use her real name. Our investigation to find the legendary palace’s location seems to make people uncomfortable.

The Odyssey written by Homer is often compared to the Bible, because the two books can easily be deconstructed. But trying to separate the actual facts from the myths in both texts is a slippery slope. Surprisingly, we found out that a researcher could risk his career, his reputation and his professional recognition within the scientific community by hypothesising on Odysseus and his palace on Ithaca. 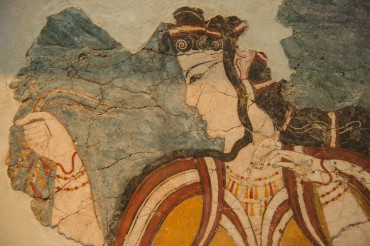 Nonetheless, Clio agrees to explain the specifics of the Mycenaean culture, which is commonly dated from 1400 to 1200 BC. The actions described in the Iliad and the Odyssey happened at the end of that particular period. During our visit, we found out that modern archaeology proved one thing only: we know little to nothing of what is described in Homer’s texts.

«In order to understand the Mycenaean period, the best is to forget what you know about classical Greece», Clio tells me while entering the museum of archaeology. Indeed, the Mycenaean culture is closer to the structure found in the Middle Age than in classical Greece. For example, the land wasn’t occupied by big city-states, but by several little kingdoms ruled by kings in their palaces. At that time, the sovereigns were related to one another in a system close to feudalism. 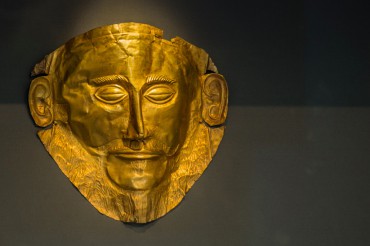 Our visit starts with the golden funerary mask of Agamemnon, the king of kings, who supposedly led the Mycenaeans at the doorstep of the great city of Troy. «This mask is one of the most famous symbols of the Mycenaean civilization! However, we now seriously doubt its authenticity. This gives you an idea of the poor knowledge historians and archaeologists have on this important period of time» adds Clio.

To describe the Mycenaean civilization, Clio often uses the term «Palace culture». It means that each palace had its own set of economic, social, and political rules. Since the 19th century, archaeology managed to precisely locate several hundreds of sites like Pylos, Sparta, Mycenae, or Troy, the most famous of them. The problem is that the existence of Ithaca, legendary kingdom of Odysseus, has never been proven with tangible archaeological findings.

The sites that have been excavated reveal small to medium towns enclosed by gigantic stone blocks that form thick and high walls. They were called «cyclopean walls» because no one could believe that a human being could move such massive rocks and carve them with such an exquisite precision. The legends say that is was the work of giants, called cyclops in ancient Greece. Moreover, the King’s palace was generally situated on a promontory, at the centre of these small towns. 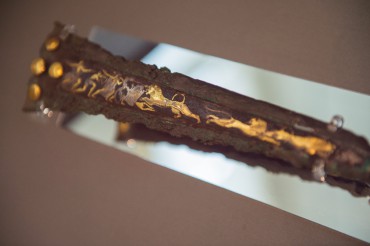 One thing we know for sure, it that the Mycenaeans were belligerent people. Clio stops suddenly in front of a small piece of ceramic that displays warriors facing a lion. «This scene is, to the best of my knowledge, unique in the world. When hunters and preys are usually portrayed, they are always armed with bows, arrows and throwing weapons. It is not the case here. Men wear helmets, shields and spears. They are in a packed formation in front of the animal. It is not a hunting scene but rather a metaphorical representation of warfare, a battle between wild animals.»

Indeed, the Mycenians’ society was structured around the art of war. But they were also navigators, explorers and tradesmen. Pieces of their ceramic were found all the way to the South of Italy and even Sicily. Some archaeologists believe that, considering the number of items found, they might have even settled in these regions for long periods of time.

On the Far East of the Mediterranean Sea, they seem to have taken advantage of the constant fights between the Egyptians and the Hittites, who lived on a territory now part of modern Turkey. It is on the border of this old territory that the ruins of Troy can be found, the ancient coveted city.

Recent archaeological discoveries lead to believe that Troy was under many sieges in a relative short time period. The city was located at a strategic place, an important North-South and West-East crossroad. It is easy to imagine the city being fought for by the Mycenaeans and the Hittites. At one point, it is not impossible that a large Mycenaean army attacked Troy, and that an important king asked the support of his vassals to take control of this strategic city. One of these allies of this important coalition might have been a king-navigator that ruled on the Ionian Islands.

«Archaeology is not the unique way of understanding the Mycenaean culture, Clio insists. We are now able to decrypt most of the Mycenaean writing that were mainly found on clay tablets.». The texts of that time were written by scribes who were working in each of the palaces using signs and symbols. Today, this specific writing is called «Linear B». Clio explains that it has nothing in common with the Greek alphabet that appeared four centuries later. 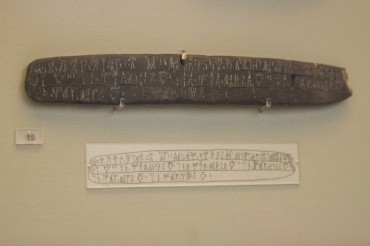 «You need to imagine that the scribes were registering everything that went in or out of the palace, Clio explains while she stops in front of a showcase in which a couple of black clay tablets are displayed. They were accountant more than writers. It’s probably by accident that these tablets are still in one piece today. Usually, the final reports were written on papyrus or leather. These clay tablets were the first drafts. The fact that they are in front of us means that they were cooked. Maybe while a palace was burnt to the ground…».

After the 12th century B.C., the Mycenaean civilization disappeared in favour of a much more unstable period called the Greek «dark ages». There are many theories about the fall of the Mycenaeans. For some historians, it is due to the invasion of a new tribe called the Dorians. Others believe that climate change radically modified their demography and lifestyle. Clio is very careful about these explanations: «Looking at the actual research on the subject, it is very hard to be certain…».

The decline of this civilization is still mysterious, mainly because of the lack of literature. Their writing, the Linear B, was used to record inventories, dedications and treaties. So, how do we know about their feats of war? How did their history, written in the Iliad and the Odyssey, reached us today? To understand this, we need to read a little poetry and meet those who study it: the Homerists. Is it possible that the experts in Homer’s texts have more to say about Ithaca, its existence and its location, than the archaeologists? Our investigation leads us on the shore of the Leman Lake in Switzerland, where we meet with David Bouvier, teacher of Ancient Greek literature. The heroes of the Iliad and the Odyssey have no secret for this man. Studying them has been his daily job for years.