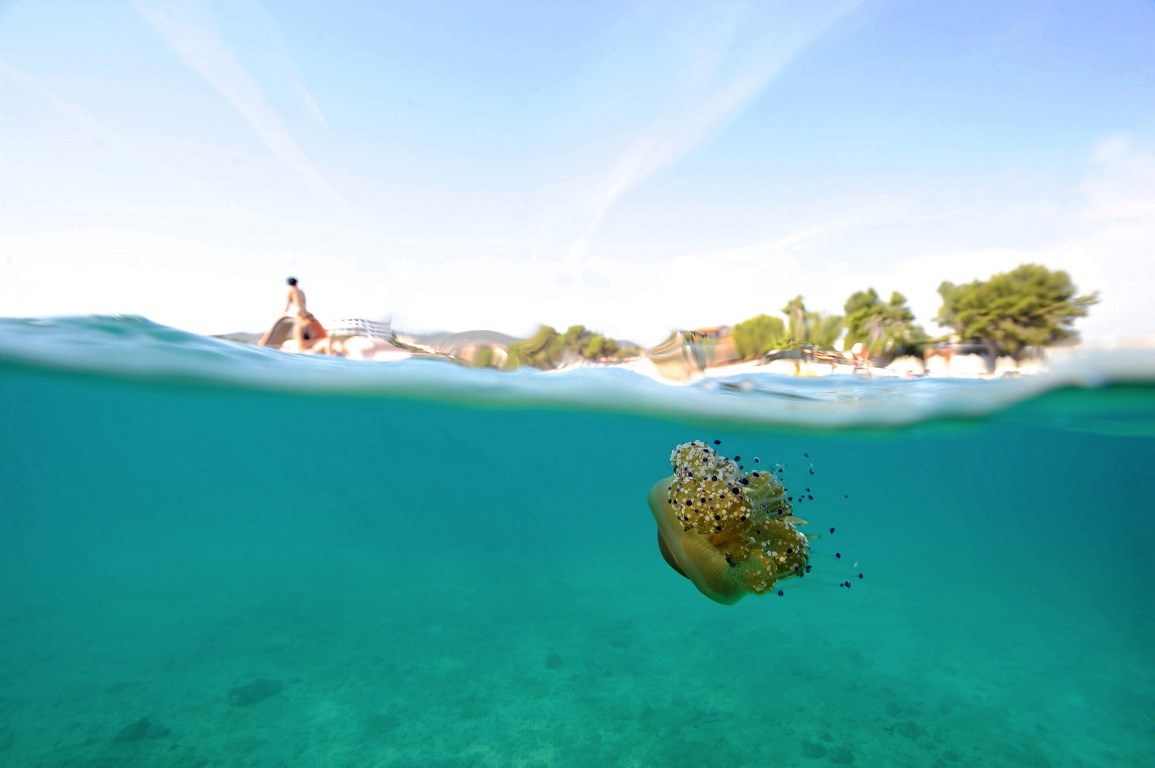 Until quite recently, very few people seriously thought that we might have anything of value to learn from a jellyfish. These gelatinous animals have neither brain nor heart. They are among the most ancient multicellular organisms on our planet, and have hardly evolved since. They exist since the Precambrian, 600 million years before the very first Homo sapiens started walking the highlands of Ethiopia. Yet, according to Shin Kubota, “the mystery of life is not concealed in the animals that are high on the Tree of Life, but at the roots. And among the roots are the jellyfish.”

Shin Kubota is a professor at the marine biological laboratory of the Kyoto University, on the Pacific coast of Japan. He has been studying jellyfishes for the past 43 years, and one species in particular fascinates him. In his own words, “the Turritopsis dohrnii is the most miraculous species in the entire animal kingdom.” Why, you might ask? Simply because the cells of this type of hydrozoa can age in reverse, technically making it immortal. 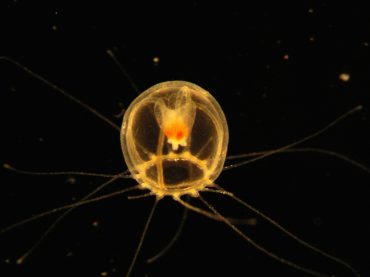 Not only has Kubota managed to keep a single colony alive in his lab for more than two years, but he also watched it rebirth itself no less than ten times. When under stress, or when the jellyfish feels its time has come, a surreal process is set in motion. The medusa form of the Turritopsis sinks and lies motionless at the bottom. Over the following few days, the tentacles are absorbed back into the body and the gelatinous mass begins to take the aspect of an amoeba. Then, almost miraculously, small stems slowly grow out of this tiny mass. They are brand new polyps, ready to begin a new session of strobilation, which is the segmentation and release of baby medusae in the water. However miraculous this process seems to be, it was observed and documented since the end of the 19th century.

A medusa that degenerates into a polyp instead of dying can be compared to a butterfly transforming back into a caterpillar. All of the cells undergo a transdifferentiation, when a skin cell becomes an intestine cell for example. In humans, this type of differentiation only takes place at the embryonic state. Stem cells, which can virtually become any cell of the body, are the Holy Grail of modern medicine. Can it get even more ironic? “Jellyfish are very ancient in the evolution of the animal kingdom, says Shin Kubota. It’s important to observe the earliest forms of life. Especially when it is an animal that is a survival expert.”

What can explain such efficiency? They survive in acidic and basic environments, and don’t really suffer from lack of oxygen or surplus of salt. “Jellyfish can metamorphose during their life,” answers the 65-year-old Japanese researcher. From a benthic polyp form that can stay still for long periods of time, cloning itself into colonies, it can then mutate into a medusa form, ready to float away towards new horizons. Each stage has its advantages and drawbacks, multiplying the species’ chance of survival. “It’s kind of science fiction”, Shin Kubota says with humor.

He personally wouldn’t want humans to develop the same cloning abilities because “identity is very precious”. However, he is most interested in their regenerative powers. The Japanese professor, who wrote dozens of songs about the immortal jellyfish for karaoke fans in his country, still publishes many papers on his findings. 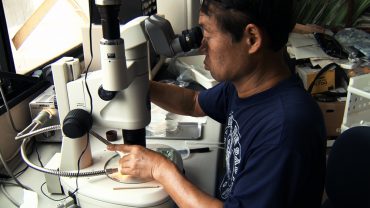 “One of my latest findings, he told me, is that an old Turritopsis dohrnii can still degenerate into polyps. Even after they lost their reproductive capabilities and they can no longer eat by themselves due to a lack of stinging cells. The immortal jellyfish can rejuvenate even from an advanced senile state.” While we wait for the magic potion that could grant us rejuvenation, to imitate Benjamin Button in the famous movie, there are other incredible medical applications that have already been “stolen” from various species of jellyfish.

Shockingly, but fortunately for us, humans and jellyfish share many similarities on the genetic level. Ironically, once again, these stinging animals that can “burn” human bathers all around the globe are also source of solace for the victims of severe burns. According to the 2011 study “Isolation, Characterization and Biological Evaluation of Jellyfish Collagen for Use in Biomedical Applications”, the structural and physiological properties of the collagen found in various species of jellyfish have been successfully used in the food, cosmetic and pharmaceutical industries.

Specifically, “given the bioavailability of jellyfish collagen and its biological properties, this marine material is a good candidate for replacing bovine or human collagens in selected biomedical applications”. Not only can it be used in providing new skin to burned ones, but it is also a key ingredient in wrinkle-prevention skin creams.

Jacqueline Goy, an 80-year-old French scientist that dedicated her life to the study of jellyfish, adds that “the type V collagen that can be found in some species of jellyfish is exactly the same as in man’s cornea and heart. If we used collagen to classify species, mankind would be right next to the jellyfish. This is why we can use it to treat severe burns.” 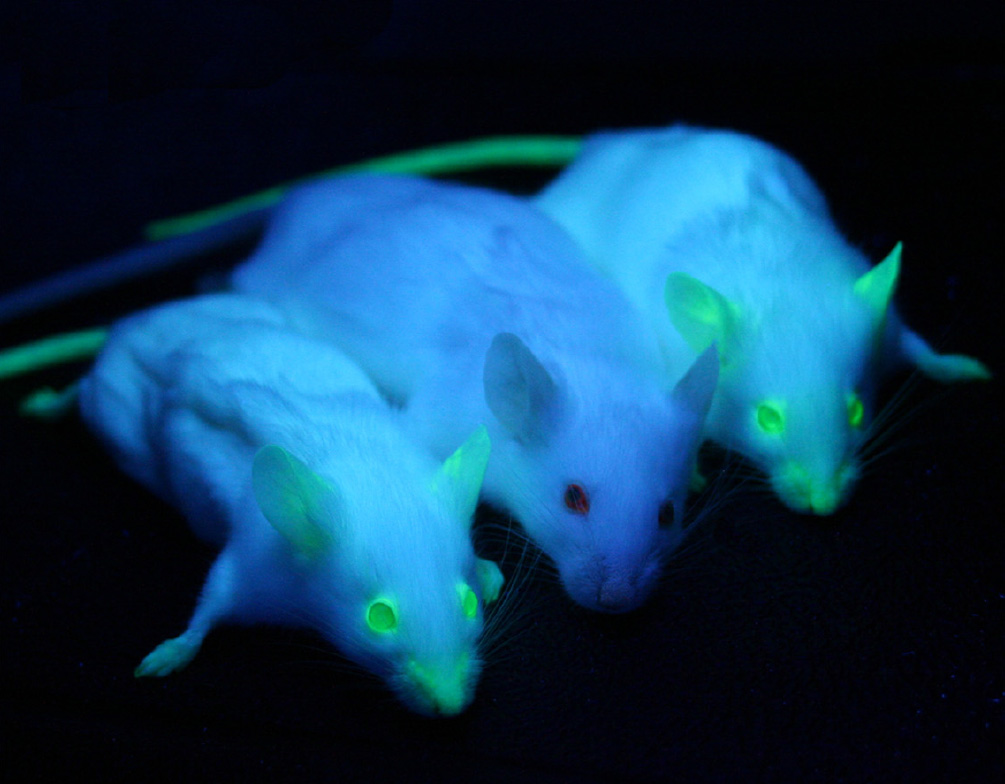 In other fields, jellyfish research is responsible for two Nobel Prizes. In 2008, the Royal Swedish Academy of Sciences awarded the prize to a trio of American scientists “for the discovery and development of the green fluorescent protein.” The press release goes on by saying that “the remarkable brightly glowing green fluorescent protein, or GFP, was first observed in the beautiful jellyfish, Aequorea victoria, in 1962. Since then, this protein has become one of the most important tools used in contemporary bioscience. With the aid of GFP, researchers have developed ways to watch processes that were previously invisible, such as the development of nerve cells in the brain or how cancer cells spread.” The glowing protein can be injected more or less anywhere, lightning up the subject. Must it be a red blood cell, or an entire lab mouse.

Over a hundred years ago, in 1913, Charles Richet was awarded the Nobel Prize in Physiology or Medicine for his work on Physalia physalis. While the French scientist from the Sorbonne University of Paris was studying the toxicity of this siphonophore’s fishing filaments, he observed a phenomenon that went against the vaccination principals. With a vaccine, a small dose of a poison will help build the immune system against the threat. During his experiments, Richet discovered a venom’s ability to make the human body react excessively. With each dose, the reaction would worsen. The French physiologist had opened the way for the study of allergies. 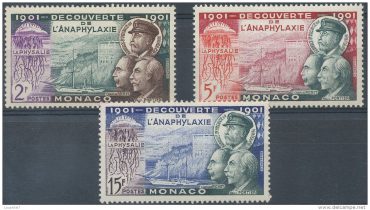 Despite these serious breakthroughs and decades of research, scientists are only scratching the surface of what these gelatinous animals are capable of. Jacqueline Goy, the renowned French biologist, is particularly intrigued by the jellyfish’s metamorphosis: “In their polyp form, she explains, none of the species of jellyfish have eyes. Yet, in their medusa form, most species have some. I would like to know how the inhibitors of the responsible gene works. Nobody is currently working on this. Also, I hope that research on stem cells will gain in importance. There is still a long way to go, as we only understand 20% of the life cycles of the known species of jellyfish.”

Not only are these gelatinous animals promising for the medical world, they also offer interesting applications in various ecological fields. In her book “The jellyfish’s conquest of the oceans”, Jacqueline Goy explains how large medusae were used in French vineyards in ancient times: “For a very long time in the vineyards of Charente, a department in Southwest France, we used large Rhizostoma octopus that weigh up to 80 kilograms. Each specimen could contain almost 80 liters of water. They were buried in a big hole and covered with earth, and would slowly dry up, giving all of their humidity to the vineyards roots.”

Shredded up, they can also be used as fertilizers. And in a more direct way, jellyfish can be a source of food for humans. Granted, it may only exist in countries of Southeast Asia for the time being. But some chefs are looking into new recipes to spark an interest. Unfortunately, jellyfish are composed mainly of water and collagen, so the caloric input is very poor. 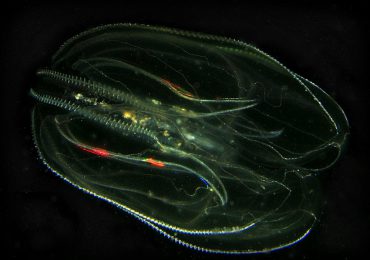 In Villefranche-sur-Mer, Fabien Lombard is studying the surprising properties of the jellyfish’s mucus: “We wanted to see if nanoparticules could have a detrimental impact on the Pelagia noctiluca. These molecules that are a thousand times smaller than a human cell are used in many industries. The problem is that their size allows them to go straight through the common filters. Except through the jellyfish’s mucus, where they aggregate. Once clustered together, they can be filtered by a standard filter.”

As promising as it sounds, jellyfish are known to have caused more damages than they offered solutions in the ecological field. The most notorious and best documented example is the invasion of the Black Sea by a voracious comb jellyfish. In the early 1980’s, a few specimens of Mnemiopsis leidyi unintentionally hitchhiked from the American Atlantic coast all the way to the Black Sea, trapped in the ballast waters of commercial ships. Once released, this invasive species found an already struggling ecosystem facing serious overfishing and pollution. Unfortunately for the local fisheries, the Mnemiopsis leidyi has a voracious appetite and targets fish larvae while it can lay up to 10’000 eggs a day. The fish stocks plummeted like never before on our planet. In the late 1990s, there could be up to 400 specimens of Mnemiopsis per cubic meter of water.

Luckily, salvation came through…. further ballast waters. Indeed, another species was later introduced in the Black Sea. Only this time, the commercial vessels brought the predator. Beroe ovata is a different species of comb jellyfish that feeds mainly on Mnemiopsis. A population established itself in 1997, and rapidly spread while rebalancing the food web. The scientists in charge of monitoring the situation could not believe their eyes. Today, Mnemiopsis leidyi has colonized most of the coasts in Europe, with various degrees of consequences. 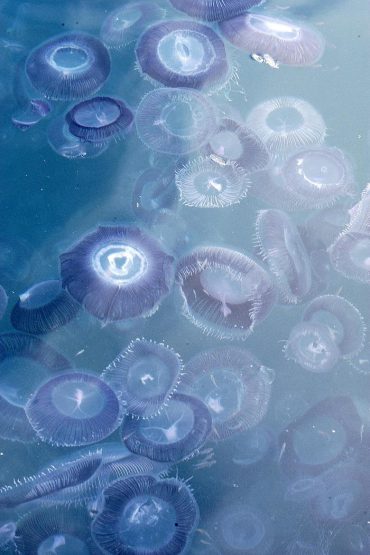 Not only can massive blooms of jellyfish cause damages during their invasion of an ecosystem, there is a debate as to the ecological consequences when they die off. Cathy Lucas, an English marine biologist from the University of Southampton, explains that “according to recent research, jellyfish can be a big source of carbon flows down to the deep seafloor. When a fairly substantial population all die off after they reproduced, they sink to the bottom where they become food for scavengers and microbial communities living on the seafloor.”

This is a good news, but what happens when the blooms are gigantic? Some scientists argue that billions of dead jellyfish that sink to the bottom of the sea stimulate such an intense bacterial activity, that massive quantities of oxygen are used in the digestive process. When a portion of the sea reaches a low oxygen level, it is considered as a “dead zone”, where very few species can survive.

The more we learn about these primitive yet complex creatures, the more fascinating they become. According to many scientists, it is paramount to expand our knowledge, partly because of the risk they pose to the marine ecosystems and our coastal industries, and also because of the benefits mankind could gain from their incredible abilities.

“Every secrets of life are hidden in the jellyfish”, Pr. Shin Kubota so eloquently says. If they are hidden, that means they can be found.