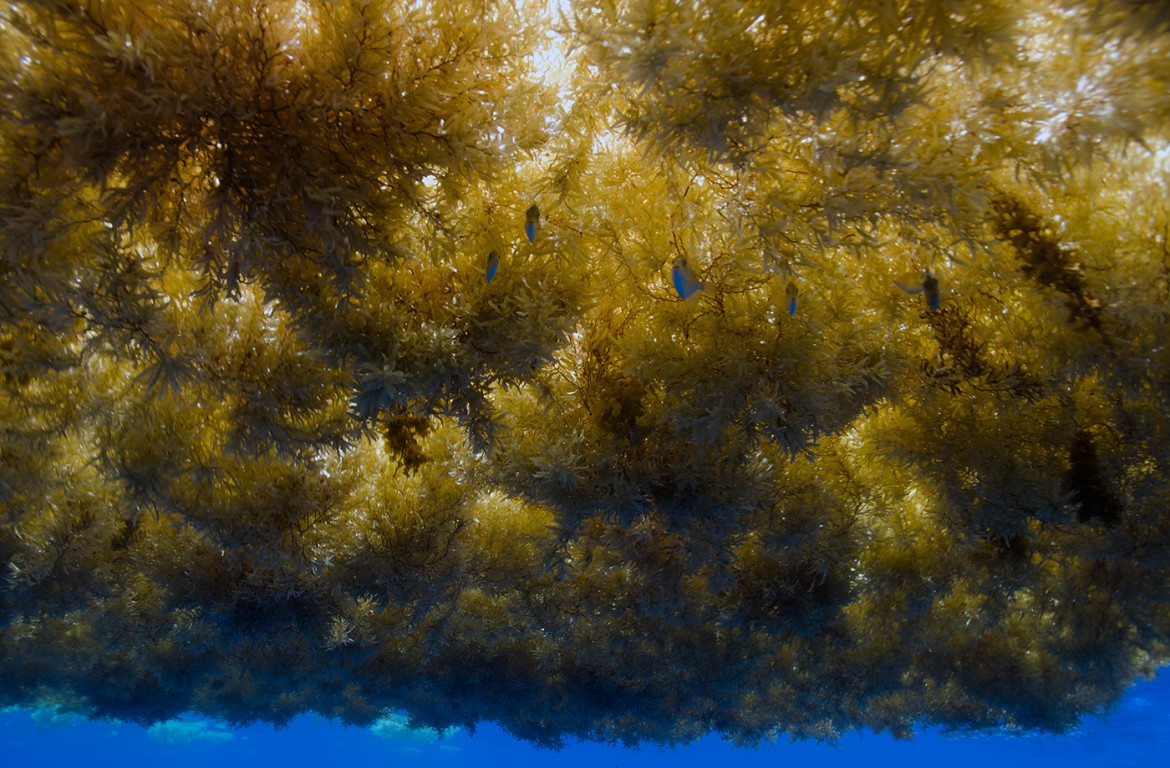 A Sea of Legends

With an empty gaze towards the sea, his back towards the town’s port, the old Pedro Vázquez de la Frontera is lost in his memories. He spent most of the evening talking to two ambitious navigators: Christopher Columbus and Martín Pinzón. The two young captains are planning to reach the Indies by the sea, and are actively recruiting in the small Spanish coastal town.

The two caravels of the expedition, the Pinta and the Nina, will be under the orders of Pinzón and his brother. As for Columbus, he will be at the helm of the Santa Maria, a 25-meter-long carrack. Martín Pinzón knows a lot of people in Palos, he has been scouring the seven seas, but he needs precise information for their next adventure. And only one man can answer his questions. The night before departing, in a dark and smelly tavern, he finally finds the person he was looking for.

Inside the alehouse, the air is strong with scents of olive oil and strong wine. At a table, a few sailors seem in a hurry to drink away their wages. Pedro is sitting all by himself in a dark corner. He doesn’t belong to the lower class, nonetheless he enjoys the rough and filthy atmosphere that reminds him of his youth. His reputation for scouring the seas with the legendary Portuguese sailor Diogo de Teive is widely known. Columbus and Pinzón sit down without asking for permission. They start questioning the man who holds precious information for their upcoming travels. The old Pedro accepts to answer, and as he starts to tell his story, his deeply wrinkled eyes stare at the wall, recollecting: «It was in the year of our Lord 1452. The captain of caravel Diogo de Teive was asked by Henry the Navigator to locate the island of Antilla, believed to be near the Azores. Some say that seven monks and their followers had taken refuge on this little piece of land at a time when the Moors were conquering the Iberian Peninsula. I kept thinking of this island day and night, for it was believed that the inhabitants were living free and happy. Ay Cabron! I still dream of this place…

I was only 20 years old when we left. First we docked in Faial, in the Azores, it was a warm summer evening. The next day we set sail due South-West, our hearts full of hope to find the forgotten paradise. After one hundred miles with starboard tack current, in full sail, the wind dropped and the sea became calm. The heat was moist and almost unbearable. After two painfully slow days with weak winds, Diogo spotted something with his spyglass. It wasn’t Antilla, but a thick and brown layer that seemed to cover the sea. We carefully headed towards the strange mass. Slowly, we found out it was floating seaweed, everywhere, as far as the eye could see. We started slicing through the algae, the boat gradually slowing down, until we were trapped. Here and there we could see floating pieces of tree and wood. Our caravel was becalmed, its sails brought down. The time seemed to stretch on forever. It took us several weeks to navigate through this strange carpet, looking for Antilla. Slowly, we faced the truth, and headed back North-Est to find a little wind. Slowly, the seaweed cover thinned out, leaving here and there isolated patches, and suddenly it was gone. 150 miles later, guided by sea birds, we approached two familiar islands. Corvo and Flores were welcoming us back to the Azores.» 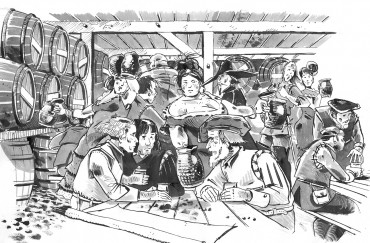 The old sailor stops speaking for a few instants, as if searching his memory. He leans closer and whispers: «Do not turn back and escape this sea meadow, my friends! … Push on! Antilla has to be somewhere there… yes, it has to be … »

A few months later, in September, Columbus and Pinzón find themselves in the middle of what we today call the Sargasso Sea. The old Pedro was right in its description. After three weeks, they are still surrounded by the cursed seaweed. Three painfully slow weeks during which tension keeps growing amongst the sailors, as the horizon stays depressingly flat and not a single island comes into sight. The menacingly floating algae seems able to swallow the whole ship into oblivion. And the bloody wind that never picks up. The sailors are losing patience, and faith. At the beginning of October, a mutiny is closely nipped in the bud.

Like all the navigators that before them tried to sail in this area, they hold on to the hope of reaching a coastline and that these algae have been torn off and swept out at sea by a storm. The wait is endless, and sailors start talking about legends, some saying that the sea plants have their roots in the many wrecks that lie at the bottom of the shallow seafloor.

Finally, after heading West-South-West, the two caravels and the carrack reach an island of the American continent, on the 12th of October 1492. Situated in the Bahamas Archipelago, the Caribbean Indians named it «Guanahani».

Many legends surround the Sargasso Sea. Some say that a ship was once deep in this windless area, prisoner of the algae. While trying to find an exit, the crew kept navigating in circles, as if they were doomed to never come out and see solid ground. They were never seen again.

In his famous “Twenty Thousand Leagues Under the Sea”, Jules Verne describes it as follows: «Such was the region the Nautilus was now visiting, a perfect meadow, a close carpet of seaweed, fucus, and tropical berries, so thick and so compact that the stern of a vessel could hardly tear its way through it.»

Today, the Sargasso Sea is the only body of water that isn’t delimited by a shoreline. It is situated between the 20 and 35° of latitude North, and the 30 and 70° of longitude West. Now far away from the myths that made it fearful, it is regarded as a biodiversity hotspot. A sanctuary to be protected. A misunderstood place that still hasn’t revealed all of its secrets.