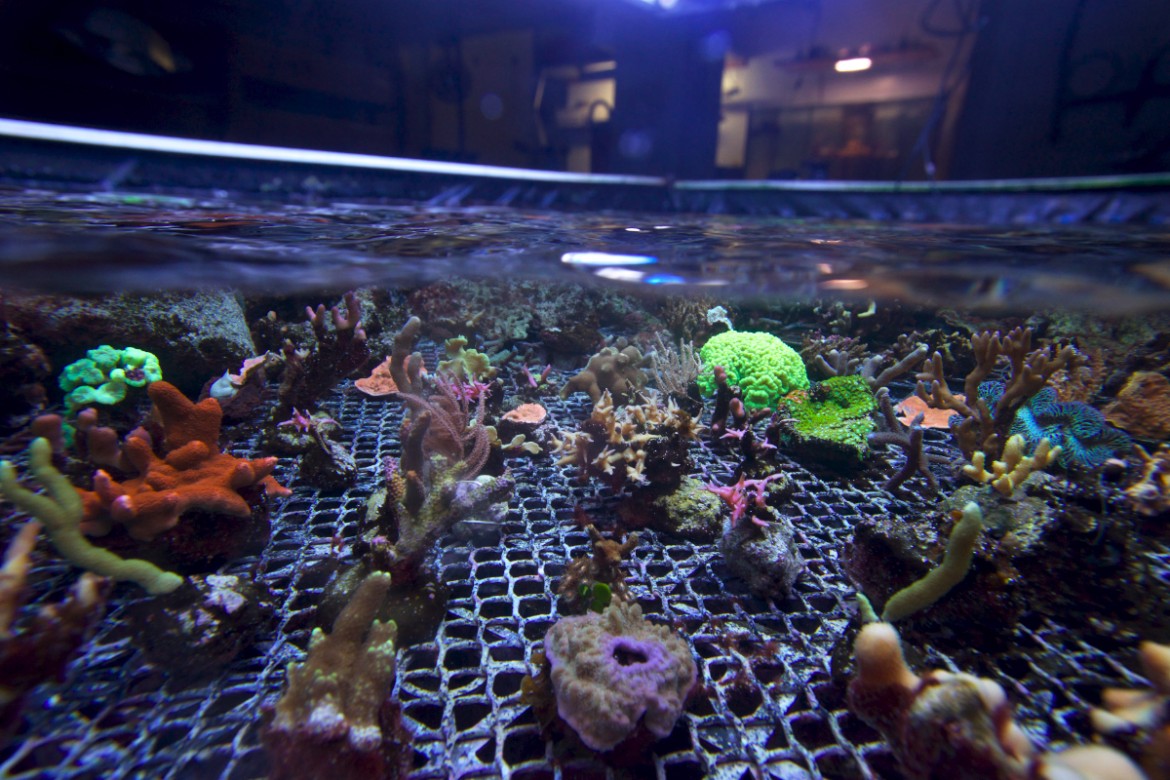 An incongruous blue door with an island and coconut trees painted on it stands out at the end of Tephany Dock at the heart of the Camaret shipyard in Finisterre. Behind it, a full-blown coral farm is at work.

An incongruous blue door with an island and coconut trees painted on it stands out at the end of Tephany Dock at the heart of the Camaret shipyard in Finisterre. Behind it, a full-blown coral farm is at work. 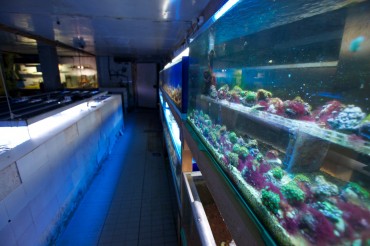 Johan Kergoat, a Landerneau local in his early thirties, opened the blue door. His accent was unmistakably Breton.

Little more than six years ago, he and his business partner and friend, Remi, were in the pet business, including coral – an animal often mistaken for a vegetable and much used in aquariums. They discovered a shared interest in the tiny creatures…

Coral is made up of a colony of minute beings called polyps that resemble anemones. These polyps have a symbiotic relationship with zooxanthellae, a microalgae on which they feed.

Coral is one of the most diverse ecosystems in the world and coral reefs can become vast – the Great Barrier Reef in Australia is 2,300 kilometres long and is famous for being the only living creature visible from space. Unfortunately size does not mean safety. 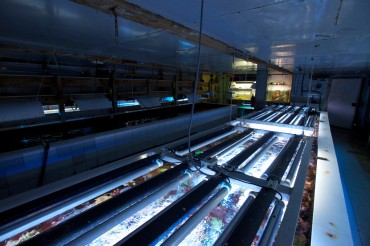 Coral grows very slowly in its natural environment, only five centimetres per year, and rising sea temperatures and increased water acidity is proving fatal. In the 20th century, tropical water showed an increase in average water temperature of 1.2 degrees centigrade. Coral’s reaction to this rise is radical; it expels the microalgae critical to its survival, bleaches and dies.

While working in the pet business, Remi and Johan were shipping farmed coral to France from around the world to supply their clients with the required decoration for their aquariums.

It was unsustainable and unacceptable to the pair who realised that by continuing to commercialise coral, they were contributing to its very destruction, and not in small part through the global warming generated by air traffic used for transportation. 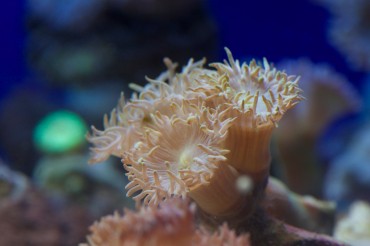 They decided to open a farm in Brittany and by producing locally grown coral, to protect the wild reefs around the world.

In 2007, armed with trowels, drills and saws, Remi and Johan restored the live water tanks in Camaret and installed test beds. By April 2008, the coral farm opened its blue door for business!

Germany, Belgium and Holland are slightly ahead of the game having opened farms in the early 2000s, but France has three now in total including the original one in Camaret, which remains the largest.