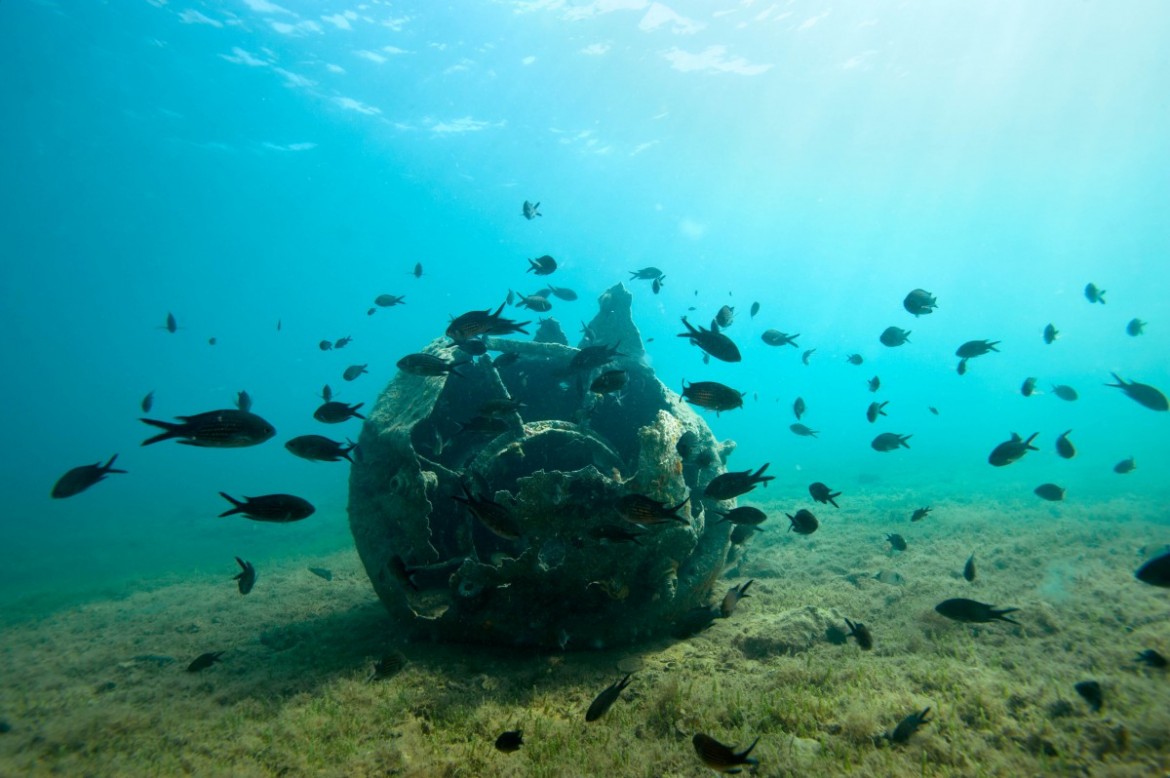 When I slide into the water a couple of days later to follow Philippe down into the depths, I have a pretty good idea of what he has discovered. Less than five metres below the surface there is a fragment of pottery sticking out of the sand. Once we photograph it, we realise that it is very likely a large piece of amphora or an ancient vase. The fragment is about 50 centimetres long and 30 wide and is decorated with thin parallel engravings. Even though it is broken, one of the handles is clearly visible and we hope these details will allow us to date our first discovery. 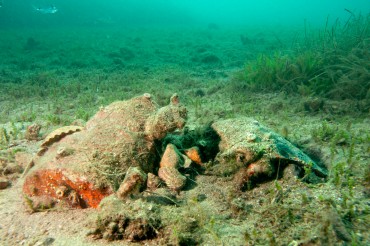 Over the next few days we explore the surrounding sheltered anchorages and at each one we find fragments of ancient pottery scattered about, barely submerged in the sand. All week we photograph necks, handles and bases of ancient vases: archaeological remains that have slumbered undiscovered for centuries beneath just a few metres of water.

Saranda: a few days later. It didn’t take long for Auron Tare, director of the Albanian Center for Marine Research, to join us. Moments after I put down the phone having described our common interests and discoveries he arrives at the entrance to Saranda port and from a distance the man stepping out of the Land Rover looks like a giant. The forty-something Albanian has wide shoulders, very short hair and a delicate pair of glasses perched on his forehead. As he approaches I also spot a friendly smile. “How are you?” he asks me with a strong American accent. We sit on the terrace of one of the city’s modern hotels and Auron Tare tells us that he commutes between Albania and the United States. 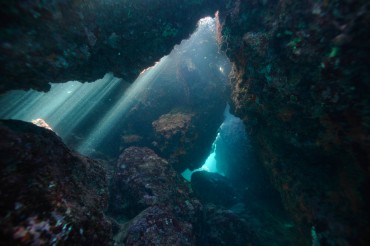 He is very well known locally and has been dedicated to promoting Albania’s natural resources and culture around the world for years. One of his most recent accomplishments was his contribution to the creation of a national park around the Butrint archaeological site, a few kilometres from Saranda. In the 20th century well-preserved Greek, Roman and Byzantine remains were found here and the area has since been declared a UNESCO heritage site. It attracts an increasing number of tourists every year.