Although the British Parliament categorically refused a military action in Syria, is it possible that the English Navy Force is standing by in the Mediterranean, ready to intervene?

The warming of the Earth’s average temperature is no longer a secret, and it is scientifically established that the poles are the globe’s regions that are the most affected. For the first time since satellite measurements exist, the northern hemisphere’s summer of 2007 saw the ice sheet melt so much that “regular” boats were able to navigate a route north of Russia that they aren’t supposed to: The Northern Sea Route.

A few days ago, the French daily newspaper Le Télégramme published a well-documented article revealing serious security breaches within one of the most sensitive military sites in France. We were curious of the other nuclear states that are armed with such military force.

The high sea: a lawless place or a common wealth to protect ?

You can’t see her, but she is there. She is vast and she is constant and she is endangered. The offshore body of our oceans lies 200 nautical miles (370 km) from the coast and makes up 64% of the global oceans. 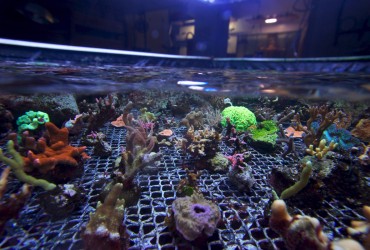 A little known and unusual type of farm has popped up in the port of Camaret in Finstere, Brittany. Johan Kergoat and Remi Plouhinec are cultivating coral…