Guillaume is a reporter. He feels comfortable with a microphone or a notepad in hand, and enjoys listening to people, making them talk to then tell their story. His work as an independent editor opened… Continue reading

Erwin Vermeulen has been working for more than twenty years at sea. During his leaves, he spent his time traveling around the world to a growing realization that all this natural beauty that he visited… Continue reading

Marie Dufay is a French reporter-photographer, specialized into sea related stories. She is also a contributor for the French nautical and travel magazines (Voiles & Voiliers, Le Chasse-Marée, Ouest France). She is also an author… Continue reading

Tom Jefferson is a Sydney based photographer and cinematographer who works in documentary and drama. Tom’s stills work is often seen in the printed and online press and exhibited in Australia and internationally. His motion… Continue reading

Francis Le Guen is a photojournalist, the author and host of TV series dedicated to the marine environment, a writer and director of the collection “Carnets de plongée” at the publishing house Glénat. Francis has… Continue reading

Antoine Bugeon is a Noirmoutier based artist who uses his talent to draw pictures related to the seas and oceans, a world he cherishes. His passion for the marine environment pushed him at first to… Continue reading

Sophie Ansel is an independent journalist and writer. She’s been roaming around South-East Asia, Oceania and the American continent for years. Following her reports, Sophie has published books, comic books and blogs as well as… Continue reading 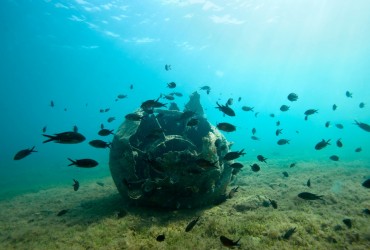