October is a transition month in the little coastal town of Peniche, one hour north from Lisbon by car. Warm sunny days with a light southerly wind that used to delight bathers and beach-lovers during all summer give way to autumn. The north Atlantic depressions start producing cloud cover, strong winds, temperature drop and, most importantly, large swells that surfers from all over the world come hunting for. The ASP World Tour (Association of Surfing Professionals) stops every year in Peniche during October for the “Supertubos” event. 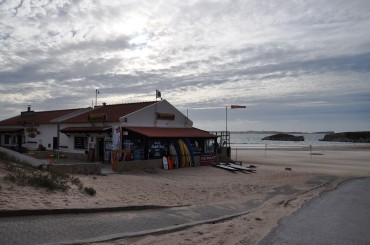 Right next to one of these much coveted surf breaks, a restaurant is so close to the water you would expect it to be swept away with each tide. It is the “3House Beach Bar”. The owner isn’t local. His thick accent betrays him when he speaks to his customers in Portuguese or English. To my surprise, Christian Borgeaud Dit Avocat is a Swiss cook. After selling his restaurant in Lausanne, on the banks of the Geneva Lake, he decides to head west and try his luck in Barcelona and then Lisbon over the course of 20 years. Finally he settles here in Baleal in 2011 to open the beach bar 3House, only five minutes away from Peniche. Salt and pepper hair, small glasses, this colorful character whose age is hard to guess seems to be everywhere at the same time and has an infectious energy.

As the discussion proceeds, I find out that local Portuguese fishermen would no longer be able to live off the ocean. “There is basically no more fish to be caught along the coast, explains Christian. The oceans are empty, and the fishermen are losing their jobs. Some drown their sorrows, others try to survive by looking for jewelry or change on the beaches with metal detectors.” 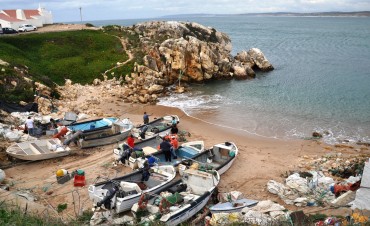 And this trend is unlikely to reverse, since the government would vigorously be encouraging the fishermen to retrain and preferably into tourism. Thousands of Europeans, Russians and most recently Chinese visit this region and are very fond of sea excursions, especially to the Berlengas archipelago some ten kilometres offshore from Peniche.

These tourists would be surprised to learn that the seafood platter they are enjoying back at the port has many origins, more often distant than not.

“Portuguese restaurants regularly sell seafood that comes from Vietnam, Thailand or elsewhere in Asia. And the trucks that come daily to the sardine factory in Peniche often bear Russian or Polish licence plates…” outlines Christian.

As we keep talking, I am brought a dish of grilled sole fillets. The Swiss cook explains that the fish I am about to eat is an exception. This sole, as the rest of the fish cooked in his restaurant, would be locally caught. But bought… illegally. “You see, explains Christian, a small fisherman is forbidden to sell his daily catch directly to the restaurants. All the fish, without exception, has to be controlled by the state”. This has several consequences, such as extended delivery time and prices inflation. Therefore, the local fish becomes harder to sell than the frozen one that comes all the way from Asia. “I am forced to smuggle my fish, and I am not going to hide it!” declares the cook. 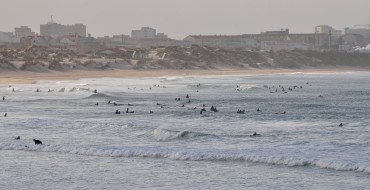 Of course, this is by far not the only type of illegal practice that happens in Portugal. Since the financial crisis of 2008, the black economy has significantly increased. “The corruption is absolutely everywhere here, especially high up in the government” adds the Swiss.

But amidst this society where everyone tries to survive in its own way, an official entity distinguishes itself: it is the Department of National Defense and Maritime Affairs. “The members of the “marine domain” as we call them, are probably the nation’s most honest and incorruptible. They are in charge of all the matters regarding the seas and the shores. For example, they take care of the cleanliness of the beaches, even the ones where no tourists ever go. They do a very fine job!” says Christian with enthusiasm. It’s true that after looking at it closer, the dunes are almost immaculate, and absolutely no garbage is floating where the surfers enjoy their passion. It’s so clean we didn’t even notice it.

Sometimes, the good surprises aren’t where you would expect them to be… especially at sea. 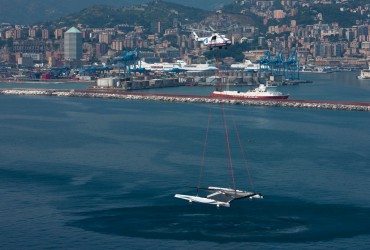