Surprise encounter with a basking shark in Brittany

In the evening of Wednesday, May 8th 2013, Philippe Henry, one of OCEAN71 Magazine’s photographers, was able to take a close look at a 3 meters long female basking shark. Philippe wasn’t far out at sea, he was at the anchorage in Sauzon’s port in Brittany!

Although surprising, these encounters close to the shores are far from rare. Identically to his cousin the whale shark, the basking shark is a peaceful giant who lives exclusively on plankton, daily filtering enormous quantities of sea water.

Along with the rise in temperatures following spring, the plankton makes its way to the upper layers of the ocean. Following its trail, the great predator that is the basking shark ends up close to the surface where it can easily be spotted. 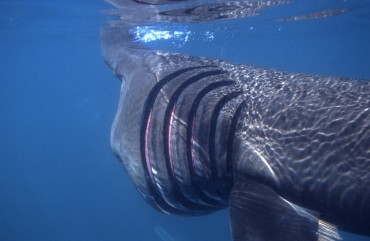 These conclusions come from reports published by the APECS (in French, Association Pour l’Etude et la Conservation des Sélaciens), an organisation that monitors and analyses the different observations made along the French coast. In 2009, they used small GPS tracking devices on a number of sharks to understand their habits.

Along with many other species, the basking shark is listed on the 1973 Washington Convention, making it a protected species. Indeed, the population had plummeted due to over-fishing for the oil extracted from the shark’s liver.

Nowadays, the APECS believes that the main threat on the species is no longer because fishing this shark is forbidden, but the exact situation of the population is not known.

In the following years of 2007, the organisation saw a dramatic decrease in the numbers of observations, making it more difficult to study the shark in the ocean. Luckily, since April 2013, a surprisingly high number of observations are being made. It seems that this year, the still mysterious conditions favouring the development of the plankton are met. 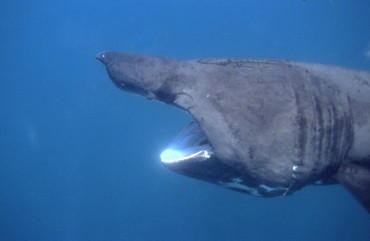 Still, you need a stroke of luck to spot a basking shark in the wild. If, as for Philippe, you happen to see one, it is recommended you approach it in silence (engine switched off). You will then be able to witness the grace of one of the oldest fishes on the planet in its natural environment. 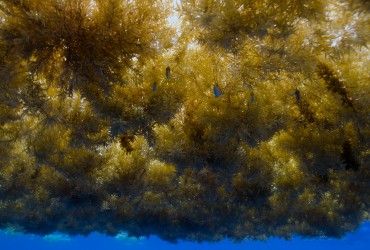