The target of this public declaration is plans of industrial harbours in zones next to or within the marine park, even though this coral reef system stretching for 2 600 km has been part of the UNESCO World Heritage list since 1981. 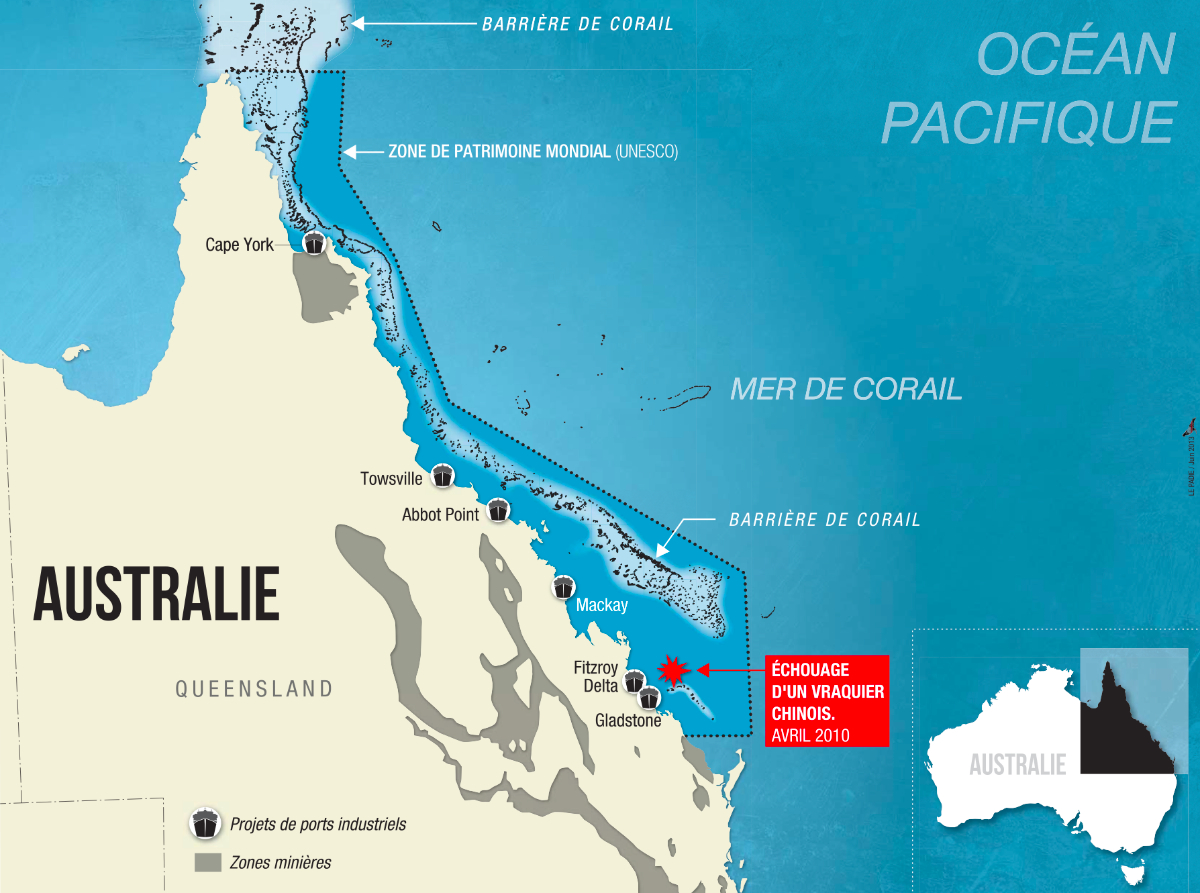 This is the case of the Fitzroy Delta, where the proposal is to build a large coal port right in the middle of a place renowned for its rare flatback turtles (Natator Depressus) rookery and home of the endangered inshore dolphin (Tursiops Aduncus). Another alarming proposal is to put coal facilities right up in the most pristine part of the reef which is the northern section near Cooktown.

“There are also plans to expand some of the existing ports such as Abbot Point which is forecasted to become one of the biggest coal ports in the world, only 50 kilometers away from the Whitsunday Islands. The issue here is that the cumulative impacts aren’t assessed very well…” adds Leck.

In 2010, the country witnessed what will probably happen on a larger scale:

As it was heading towards Asia, the Shen Neng 1, a Chinese bulk carrier 225 metres long filled with 65’000 tons of coal, took an illegal shortcut through the protected area. Traveling full speed, the boat ran aground and drifted along the Great Barrier Reef, causing a three kilometres long gash into the coral as well as an oil spill!

“The increase in frequency and the intensity of storms (linked to climate change) that occur on the reef cause many damages, explains Richard Leck. The ocean acidification is also threatening the delicate marine life balance.” 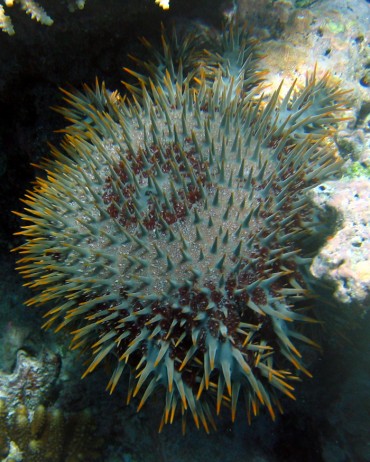 More than 50 000 full time jobs are directly related to the Great Barrier Reef, which generates a business estimated of 5,4 billion Australian dollars annually. Unfortunately for this industry, it isn’t hard to predict what will happen if the coral disappears.

The answer will probably be influenced by an external factor: from 16th to 27th June, the 37th session of the World Heritage Committee is being held in the Kingdom of Cambodia. High on the list of discussion is the state of the Great Barrier Reef. If the Queensland government fails to satisfy the committee’s requirements by June 2014, it is possible that the reef system will be included in the “List of World Heritage in Danger”, also known as the UNESCO list of shame. If this happens, Australia will be in an embarrassing situation, joining, amongst others, the Republic of the Congo which counts its five World Heritage sites on the list due to warfare during the past two decades.

INFO : This article was first published in OCEAN71 Magazine Journal, on June 20th 2013.