Sing, O goddess, the story of the man with a thousand tricks

On the Island of Ithaca, September 2015. The relentless Greek sun shines on the archeological site known as “School of Homer”, and on the poor heads and shoulders of the OCEAN71 Magazine’s small crew. The few ruins on the hillside of Mount Pilikata were named by English tourists, who decided that, without any doubt, this is where Homer sat down and wrote his famous Odyssey. The spot is indeed very special. “Look! Here is a piece of cyclopean wall!” shouts Spiros Couvaras, our tireless local guide. Looking back at his group of sweating followers, he begins differentiating the various walls, and how to date them back to a certain period. He stops speaking to look at a curious black spot in the sky, buzzing at a distance: it’s our remote controlled drone which is now capturing the first aerial pictures of the site. 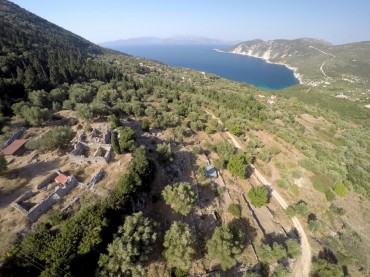 We share the visit with another group of tourists, but our flying camera seems to be much more interesting than the archaeological remains at their feet. They don’t seem to realize that they might be standing at the heart of Odysseus’ legendary palace.

Following the palace’s trail is what brought us here. We left our boat in Vathy harbour, Ithaca’s main town. We also traded our diving fins and scuba gear for strong walking shoes. A wise choice as we contemplate the steep hillside where we will soon be looking for clues. Are the modern Ithaca and the piece of land described in the Odyssey the same island? Has Odysseus lived here? Did this legendary navigator and king really exist?

Since Antiquity, these questions have haunted many scholars and intellectuals. Today, it is globally accepted that Homer’s Ithaca is the island we are standing on, surrounded by the Ionian Sea. Nevertheless, Homer composed a poetic story that supposedly happened more than 500 years before his time. Can we really trust the poet’s words? To tackle this subject, we will have to go back more than 4’200 years, and look at the events that shaped this epic tale.

But first, our investigation had to start with the most promising archaeological site of modern Ithaca. Unfortunately, the financial crises put an end to the excavations in 2010. Even the recent structures built to protect the valuable vestiges are now falling into modern ruins. Nature is claiming back most of the site, and tall grasses cover the tracks. But Spiros is unstoppable: “Here, come to see where we found an altar, and over there is a structure that could be a peristyle. Maybe the throne hall was right there.”

Spiros reaches into his bag, and brings out photos of a scale model of what the palace might have looked like at its prime. He knows the site like the back of his hand, having participated in the excavations and visiting regularly. “Look! Here we can admire stairs that have been carved in the stone, which could have allowed the people back then to walk to the shared houses at the top of the hill.” Spiros is enthusiast, but not exhilarated. He won’t pronounce a phrase without using the conditional, and the adverbs are well chosen to keep some mystery all along our archeological stroll. “Look! Here in the stone we can find what remains of the mold used to melt the bronze. It’s very interesting!” 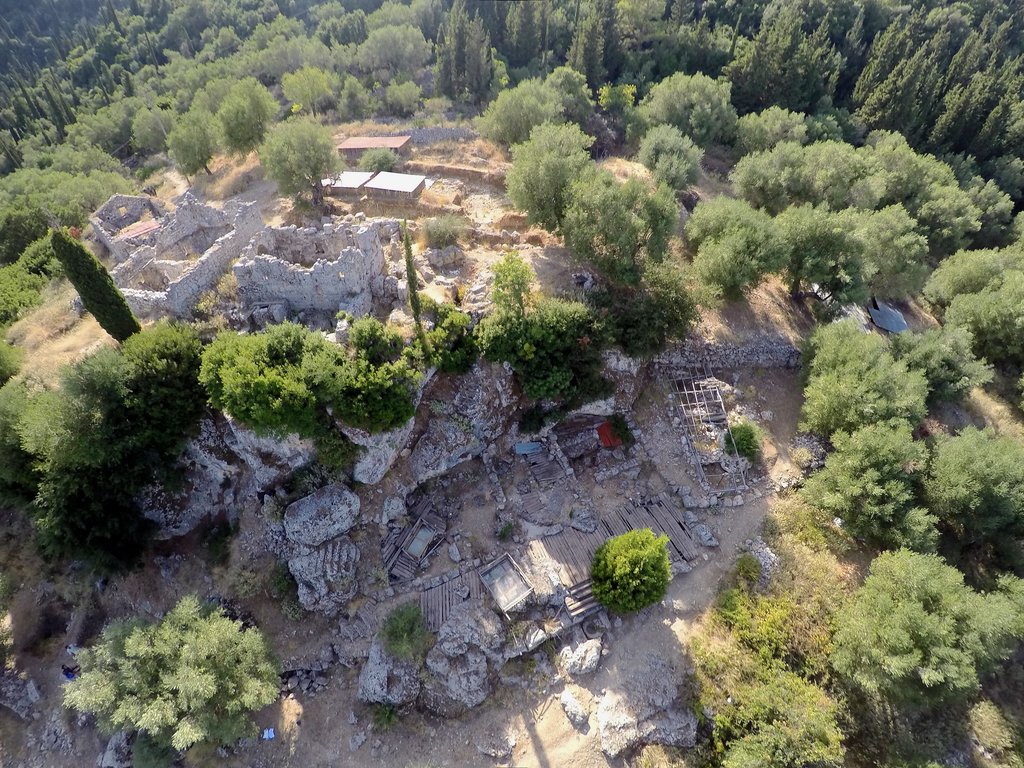 Indeed, the site is very interesting. The excavated structure is rather small, but Odysseus’ palace wasn’t known for its size. Moreover, in the first songs of the Odyssey, his son Telemachus goes on the continent to look for the lost father, and stands in awe in front of the huge murals of Menelaus’ palace in Sparta. Besides, how can we expect a spectacular palace for a king who had the reputation for tending to his fields and cattle? Is this truly the place? We want to believe it.

Further along the visit, the guide insists on a crucial fact: “School of Homer is, to this day, the only known site that fits the description of the Odysseus. There are none other that resembles to what Homer has written”. It’s true that, lying before our eyes, three bays could very well be the three natural ports mentioned in the text. As for the stairs carved into the stone, they are in the book as well. Furthermore, the toponymy is similar to what is described in the Odyssey: there is indeed Mount Neriton not far from the palace. Everything seems to fit. The modern and old Ithaca are indeed the same. Odysseus has truly existed and this was his kingdom. Case closed. 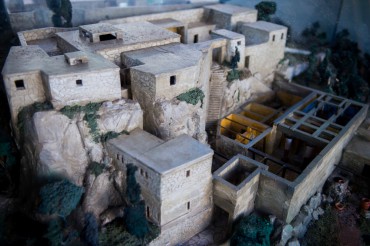 The truth is that many people are still skeptical. All along our investigation, we talked with experts and enlightened amateurs who all have different theories. The controversy is born because of two uncertainties. Firstly, the modern Ithaca hasn’t revealed a single important archaeological site from the Mycenaean period. It’s true that we can observe the vestiges of small Neolithic habitations, but forget about important structures, let alone palaces.

Moreover, descriptions of the island in the text can be confusing. With the help of Homer’s pen, Odysseus describes his kingdom as follows:

I dwell in clear-seen Ithaca,
wherein is a mountain Neriton,
with trembling forest leaves,
standing manifest to view,
and many islands lie around,
very near one to the other,
Dulichium and Same, and wooded Zacynthus.
Now Ithaca lies low, furthest up the sea-line toward the darkness,
but those others face the dawning and the sun:
a rugged isle, but a good nurse of noble youths; and for myself,
I can see nought besides sweeter than a man’s own country

While sailing the Ionian Sea around modern Ithaca, we could only witness that the hilly island does anything but “lie low”. And by looking at a map, anyone will quickly notice that another island lies West of Ithaca: Cephalonia, where beautiful Mycenaean ruins can be found. But archaeology on Ithaca has not yet said its last word. And rather than following the text word for word, we should ask ourselves what the true purpose of the quest is. To find an island? A territory? A palace? Or maybe we should consider Odysseus’ Ithaca as a metaphorical place, sang by Homer the poet. During the whole Odyssey, a founding text maybe as important as the bible for modern Western civilization, Ithaca lies just beyond the horizon. Still today, it remains slightly out of our reach, constantly slipping through our fingers. 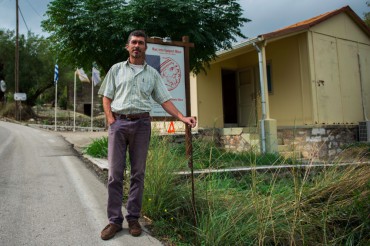 High stakes are at play for the positioning of the island. To grasp their extent, we have to dive deep in Greece’s history, at a time where the people still called themselves “Achaeans”. Our adventure starts during the Bronze Age, at the height of the Mycenaean civilization.

Some say a king used to rule over a small territory in the Ionian Sea, and that he took part in a siege, inside the thick walls of Troy, and that it was very hard for him to come home. Who was this king? Where did he get his power from? Why did he go to war, and how? How did his subjects live? To answer these questions, we safely headed towards the national archaeology museum in Athens. With her historian expertise, Clio would surely be able to enlighten us on the many exposed treasures of the Mycenaean civilization.