The problems of the Arcachon oyster farmers do no stop there. Another plague has appeared last year and causes them great concern. The seed-oysters, young mollusks under one year of age, are dying in large numbers for reasons yet unknown. In a few days, hundreds of thousands of young oysters died. The scourge has even spread to Ireland, Spain and Italy which have been seeing the same phenomenon in their oyster beds. 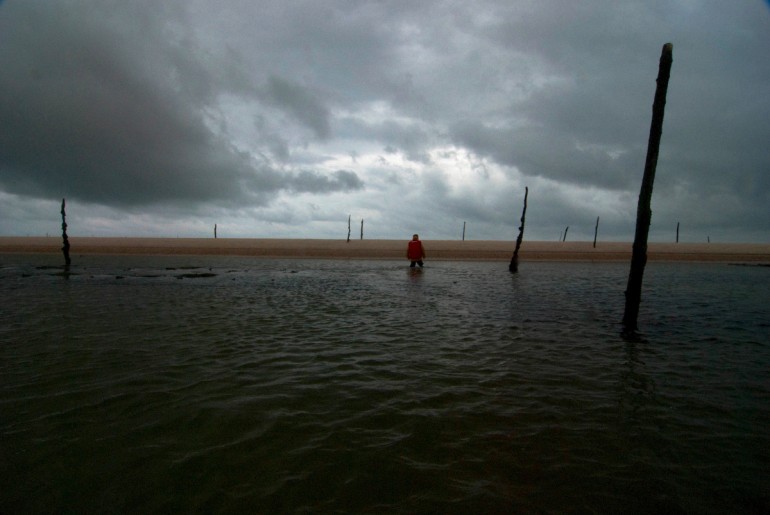 In France, which produces over 100,000 tons of oysters, some oyster farmers have lost 100% of their stock last year. This crisis is strangely similar to the great French oyster crisis of the early 1970′s. In two years, an entire species had been decimated which was since replaced by Japanese oysters said to be more resistant.

The Bassin d’Arcachon accounts for 60% of the 4.5 billion seed oysters required by the French oyster production. « If we do not find a solution soon, explain Maria Douet, we are going to find ourselves in the situation of cereal farmers. We will be forced to buy seed oysters from laboratories which will make us financially dependant on multinational corporations. And it doesn’t mean they will survive… Then we’ll have to find another species. »

All sorts of possible reasons have been brought forward: degeneration of the Japanese oysters which were brought in 30 years ago, a virus, stress caused by the 12,000 boats that navigate on the bay during the summer… Conscious of the tragedy unfolding for the oyster farmers, the new Gironde prefect has promised to send oyster samples to the Netherlands where tests are performed using rats, a more resistant animal, and to encourage more diligent research to understand the mysterious disease affecting seed oysters.