A military base that controls the world

Somewhere in Afghanistan, 5th of October 2001. Three weeks after Sept. 11, the floor is furiously shaking. It’s not an earthquake. It’s the impact of a guided 900kg bomb, the first of many “JDAMs”, for Joint Direct Attack Munition. Operation “Enduring Freedom” against Al-Qaeda started with great fanfare, and is still ongoing to this day, 13 years later.

On that particular Friday of 2001, the Afghan “door” was “kicked down” by 16 JDAMs, launched from the sky by “Spirit of America”, one of the 20 most expensive military planes in the world: a Northrop B-2 stealth bomber from the 509th Bomb Wing unit, the flagship of the U.S. Air Force.

Colonel Mel Deaile and Major Brian “Jethro” Neal piloted the B-2 on that day that would ignite the notorious “War on Terror”.  Their lethal mission started at the Whiteman Air Force Base in Missouri, in the middle of the United States of America. Only four hours after take-off, their furtive plane’s gas was already running low. Luckily a KC-135 air-refuelling aircraft appeared to fill their tank up as the sun was starting to rise on the state of California. The next air refuelling happened over Hawaii, and an additional three were necessary to reach their ultimate target in Afghanistan, 30 hours after take-off.

Over Afghanistan, multiple locations were targeted and destroyed by the pilots, and the guided bombs were all dropped. However, the mission wasn’t over yet. Major Neal and Colonel Deaile still had to safely bring the US$ 2,1 billion aircraft back to its home base in the United States. A round trip in one go being simply impossible, they were directed to a highly strategic airstrip, in the middle of the Indian Ocean: Thunder Cove military base, on the island of Diego Garcia.  When the wheels of “Spirit of America” finally touched the ground for the first time, the clock showed 44.3 hours of continuous flight, thus the longest combat mission in the history of aerial warfare.

Diego Garcia’s military base played a crucial role in countless wars. Today it welcomes, amongst others, four specially designed hangars that can shelter B-2s in an environmentally controlled space essential for maintaining the aircrafts’ unique stealth coatings and materials. This type of state of the art technology makes it the most important American base outside of the United State. It is also the most enigmatic. Unlike Guantanamo Bay, journalists aren’t allowed to approach Diego Garcia. Conspiracy theories are fuelled by all these mysteries. Some say the secret military base is linked to the disappearance of the Malaysian MH370 flight, either having gunned it down seeing it as a threat, either concealing it in one of its hangars. 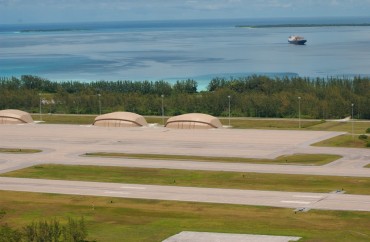 But Thunder Cove hasn’t always been that strategic.

When the first Americans from the Army Map Service arrived on Diego Garcia on the 16th of November 1968, there wasn’t much around except sea, sky, and coconuts. Little did they know what they were setting in motion, and what role the final infrastructure would play on a global geo-political scale some 30 years later.

Especially considering that the U.S. military base was going to be on U.K. soil. A sovereignty that dated back to the 1960s. Back then, the archipelago was governed by Mauritius and its capital, Port-Louis, 2’000 kilometres to the Southwest. When Mauritius sought its independence in 1966, London accepted with one implicit condition: to gain control on Diego Garcia and its neighbouring islands in exchange for three million pounds, and the promise to give the Chagos back “once it was no longer required for defence purposes”. Port-Louis accepted, without knowing that a secret deal was being sealed behind its back.

The British Indian Ocean Territory was created, and almost immediately after, the island of Diego Garcia was leased to the United States for a yearly rent of 1 dollar. Much later, the disclosure of documents showed that in exchange for the 50 year lease –ending in 2016 – the United States provided Great Britain a 14 million pounds discount on a submarine launched nuclear missile system. 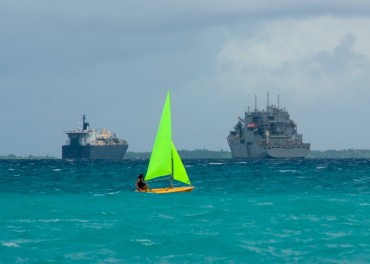 This discount came in a tensed international context. The U.S. Army and its allies were deep in the Vietnam War, which would still last almost ten more years. Great Britain was withdrawing its troops from the Persian Gulf region in 1968, leading to the emergence of Bahrain, Qatar and the United Arab Emirates as full members of the international society. This British retreat started a race between the Cold War belligerents to militarise and take control of the area.

The Indian Ocean suddenly became greatly coveted, for he who would control this body of water, would control the commercial routes that transported the middle-east’s oil to Europe, America and Asia. Vast commercial and military interests were at stake.

The communist government of the Soviet Union was getting a foothold in the strategic region with several naval bases in India, following the Indo-Soviet Treaty of Friendship and Cooperation. Somalia, Yemen and Mozambique also became URSS friendly countries. For the United States and its allies, the threat to lose this part of the world was increasing.

On Diego Garcia, what was once a low-key U.S. Naval Communication Facility slowly became a high-tech naval and air base, capable of handling the latest military aircrafts and warships. War after war, the facility was upgraded and the lagoon was dredged to increase the berthing facilities. Following the overthrow of the Shah of Iran in 1979, Diego Garcia saw the most dramatic build-up of any location since the Vietnam War era. Hundreds of millions of dollars were allocated by the United States Congress into the modernisation of the base.

«My time on Diego Garcia was devoted to defeating the Soviet Union and its allies», Ted Morris told me. He was a U.S. Air Force C-141 transport pilot from 1979 to 1987, and he flew into Diego Garcia about 20 times during that period. «Since Diego Garcia is so far from everywhere, we always spent a night or two before departing on our next leg. I developed a fondness for the place and the military lifestyle. From July 1987 to July 1988 I was made responsible for the support of transport aircraft operating through the island, and for supporting operations in Oman, Somalia, Kenya and Mauritius ».

The most intense operational period on Diego Garcia came after the Kuwait invasion by Iraqi military in 1990. The base population almost doubled overnight, and Diego Garcia became the only U.S. Navy base that launched offensive air missions during Operation Desert Storm. But it didn’t prevent the military personnel to have fun in this tropical paradise.

« In the late 1980s, life on Diego Garcia was similar to life at any remote, isolated U.S. military base, Morris adds. Almost all duty positions were understaffed and the staff worked long and inconvenient hours. Recreation was typical of small town America with community bowling alleys, a swimming pool, a theatre, several restaurants and bars, all run by the U.S. and U.K. governments and charitable NGOs like the United Seamans’ Organization. Because of the weather and environment – almost identical to the Florida Keys in the summer – water related activities were available on weekends, such as fishing, snorkelling and boating. The work/leisure equation was certainly different from the almost continuous bomber operations of the 2000s or the submarine and fleet support activities today. But the U.S. military cultural “feel” I’m sure remains the same over time. »

Today, the atoll is shared between 1’000 U.S. military personnel and 40 or so British personnel who are in charge of customs, law enforcement and the conservation of the environment. There are also approximatively 2’500 civilians who are hired for the maintenance and service work, but most of them actually work for the private security giant G4S which has the multimillion-dollar contract to operate the base. 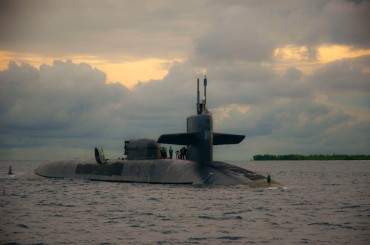 Although thousands of people live on this small island, secrets are still very well guarded. There is credible evidence that the facilities were used in a U.S. rendition program – the secret transfer of terrorist prisoners to remote spots for interrogation – in their “War on Terror”. The highly anticipated 2014 U.S. Senate intelligence report, about the CIA’s torture program, was supposed to confirm the use of Diego Garcia as a secret prison where “persons of interest” were interrogated, with or without torture. However, no mention of the Chagos Archipelago was made in the report, providing relief to the politicians in London and heightening suspicion of a MI6-orchestrated cover-up.

Michael Blyth, a Royal Marine who represented the Foreign Office in Diego Garcia filed a testimony in the high court saying that «after 9/11, the runway at Diego Garcia was heavily used. Scores of planes took off daily, mostly supporting operations in Afghanistan. British customs officers did check customs and passenger manifests for planes that were offloading in Diego Garcia. However, normal protocols were not to inspect military aircraft in transit. If a prisoner was held at the back of a plane in transit, and did not get off, then their presence on Diego Garcia is unlikely to have been noticed by British officials».

In 2008, U.K. foreign secretary David Miliband acknowledged that U.S. planes on “extraordinary rendition” flights stopped twice on Diego Garcia, one on its way to Morocco, and the second one to Guantanamo Bay. 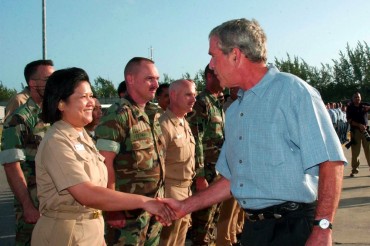 It is highly unlikely that Mauritius will soon recover sovereignty over the Chagos Archipelago, since it is clearly still required for defence purpose. John Pike, a Washington-area military expert who runs the website GlobalSecurity.org says that « it’s the base from which they control half of Africa, the southern side of Asia, the southern side of Eurasia. » Syria and the Islamic State are “only” a few hours flight away from Diego Garcia. Even if the lease is supposed to end in 2016, one could bet that the U.S. will not be interesting in losing the geo-political value of their most strategic base.

Nevertheless, let’s not forget that none of this would have been possible if the primary condition for the construction of the facilities was not met, during the 1966 secret deal. The United States made it clear that their future base should be on an island previously “swept and sanitised”, with absolutely no local inhabitants that could have been influenced by the Soviet Union’s Cold War agenda.

Luckily, the U.K. confirmed to the United States that at the time, there was no indigenous population in the Chagos Archipelago. Or was there ?