Three Norwegian ships are amongst those equipped with the continuous pumping system. They belong to Aker BioMarine and Olympic Seafood. Aker BioMarine owns two boats: the 92m Saga Sea and the old 134m Russian ship Thorshovdi purchased in October 2011 and renamed Antarctic Sea. Olympic Seafood owns the 100m Juvel, launched in 2003. Each year the two companies share more than 100,000 tonnes of the krill catches.

For several years, the two companies have made significant investment in the krill fishing industry. As a food source, the profit margin is high. Inside the factory ships, dozens of fishermen sort between the krill destined for fish food and those that require more processing. How they shell the shrimp is a trade secret but once the flesh is exposed, they treat it to extract a highly sought after food supplement: krill oil. 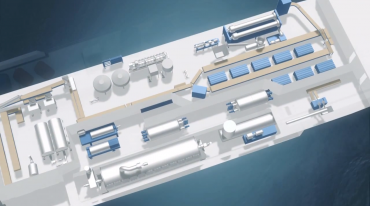 The gold-coloured oil is rich in Omega 3 acids and antioxidants and is sold in bottles or capsules as a dietary supplement said to be far superior to fish oil. It has been credited with healing qualities for stiff joints, arthritis, period pains, cholesterol, allergies… and the list goes on.

Aker BioMarine markets krill oil as follows: “Aker BioMarine […] fishes for krill in the Antarctic, one of the most pristine oceans in the world, free of contaminants and pollutants.” And the company’s website puts forward that “As a creature at the base of the food chain, krill has not absorbed harmful pollution such as dioxins, heavy metals or pesticides.” Intriguing arguments for the benefit of krill that effectively highlight the dangers of eating predatory fish at the top of the food chain, such as tuna or salmon. 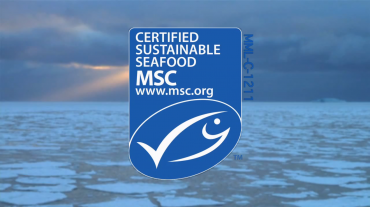 To further prevent criticism, the two Norwegian companies prominently display a ‘sustainable fishing’ label. In 2010, the krill fishing operation of the Saga Sea, owned by Aker BioMarine, was awarded the Marine Stewardship Council (MSC) label, while the operation of Juvel, owned by Olympic Seafood, was labeled Friend of the Sea. Both companies declare respect for the catch limits and that they are implementing techniques to avoid the impact on other species and to ensure the traceability of all their products.

But is this really the case?

These labels, which are supposed to guarantee environmentally responsible fishing, are under fire from NGOs critics as they have granted their stamp of approval to companies fishing species that are on the brink of extinction, such as Alaskan pollock, Pacific hake and other species about which we know very little such as the Antarctic toothfish.

“Regarding the MSC certification of Antarctic krill, this sustainable fishing label only applies to one of the three Norwegian ships, namely, the Saga Sea. The MSC does not take into consideration the operation (and consequent impact) of the entire krill fishing fleet, explained Rodolfo Werner. The MSC certification of one vessel is not enough to say that this is sistaibable fishing?”

The Norwegians are in no doubt of their good practice. Aker Biomarine proudly includes the Norwegian World Wildlife Fund (WWF) office amongst its partners. In one of Aker BioMarine’s adverts, Nina Jensen, director of WWF Norway states that she is “proud to collaborate with a company that improves scientific knowledge of krill”.

This is one of the major issues.

Most of the data that scientists use to make recommendations to CCAMLR originates on the very vessels that are fishing for krill. This international organisation has been enforcing catch limits since 1991 and has established limits per areas – this is a fact. But up until 2002 ships were not obliged to declare their catch, and it wasn’t until 2010 that all ships were mounted with a Vessel Monitoring System (VMS). In the last five years scientific observers have been made compulsory to at least half of the fleet for data gathering and monitoring purposes… 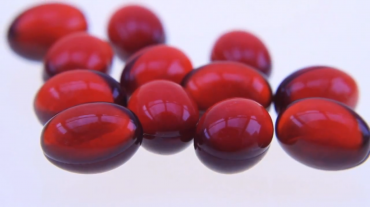 The krill fishing industry is adamant to this day that the biomass is so vast that fishing huge quantities will not impact the species’ sustainability. But with less than accurate data on how much krill is currently being fished, virtually no data on the species itself and fairly basic regulations, the question is how long will this vast biomass remain vast? #